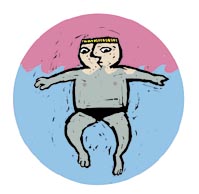 Ruminating about the perceived dangers of the newly extreme American right, I’m either at the borderline of becoming a silly Cassandra, or I have inhaled a slight whiff of prescience that only the future will be able to judge. But I’ll happily accept a humbling, if the worst, or anything approaching it fails to materialize.

Watching Bill Clinton hold off what often seemed all but a coup against him, every component of the right, from the political to the legal to the media cogs organized to destabilize and undermine his presidency, not only politically, but also functionally, and to assault his legitimate right to hold office every single day, perspicacious Americans probably knew they were witnessing something new and ominous in American politics.

Efforts to undermine a presidency weren’t new. Factions within the government surely have acted in clandestine fashion and in often subtle ways to muck up or impede a president’s goals and actions. Elements of the country’s defense and intelligence apparatus, hostile to Kennedy’s awakening to the urgency of civil rights, and his disenchantment with Vietnam, and certainly his unwillingness to militarily intervene in Latin America , found a multitude of ways to exert pressure, as well as to outright defy his wishes and policies in the shadows.

But since Clinton, the American right, drifting slowly but deliberately into very strange and uncommon ideological territory no longer operates as a functioning political opposition, but as a declared enemy of the opposing party, and as an overt and open insurrection. I’ve referred to it in earlier posts as an American Civil War, and as of today it remains an entirely one-sided one.

In fact, this period causes one to reflect on historical periods when the preposterous became conventional wisdom, or the previously extreme or previously unreal suddenly was tangible in practice, and to wonder, how did it happen? How did they let it happen? When did they realize?

We’ve watched as the American right and its Republican Party gradually submerged themselves into ideologically deep water, while simultaneously pulling out of the democratic process of checks and balances for harder methods. Certainly, if the far right, or Tea Party right, or whatever they and Wolf Blitzer are calling them today were fully in charge, blowing up the economy by refusing to increase the debt limit no doubt would be fait accompli.

When one observes virtually any interviewer or interrogator attempting something like an approximation of a question and answer session with an elected official or other representative of the Republican right, it is understood that no customary interchange will take place, rebuttals of the interviewee’s manifest errors and fallacies will evince only an unfazed regurgitation of the already offered misstatements. The interviewee will retain the typically glazed over, fish-eyed dead stare as the ideological jargon, misinformation and cant spills out of the mouth of the indoctrinated. It’s less an interview, than simply pulling the Manchurian Candidate’s string.

Having watched the “liberal’” media, including its iconic New York Times and Washington Post, along with the broadcast network news operations surrender to the propaganda leading up to the Iraq War; having observed the American media in large part forfeit the presentation of objective truth in favor of a dubious appearance of balance; and having watched timorous congressional Democrats and an often seemingly punch-stunned Obama administration grapple with this inimical revanchist force over the last decade, no one should be filled with confidence.

Why is it so narrowly acknowledged that this movement is profoundly anti-rational, anti-scientific, and unrepentantly dismissive of accumulated knowledge and fact?  It is all but a throwback to the early cultures enveloped in superstition, sustaining reverence for mythological constructs over the validity of empirical reasoning. One must go back nearly to the Khmer Rouge to find a political movement so hostile to the intelligentsia, to the educated classes, academia, non-business professionals and even the very notion of expertise and superior learning.

Increasingly, it seems the nation is fixed in a recalcitrant holding pattern, those who would challenge this marching insinuation of radicalism frozen in place, in dread of meaningful and forceful confrontation, and lacking the will, or procrastinating what almost inevitably is going to be required.

With the media out of the way or witlessly accommodating, and what is left of a Republican establishment distinguishable in any way from the ideological frenzy, living in terror of its radical, anti-democratic mass, only Democrats, or a smaller subset of the American left remain to battle this absolutist, anti-democratic conservatism. And these are, by the way, conservatives who do not believe in government, only in business; who do not believe in equality, rather the hegemony of the wealthy class; who no longer accept the legitimacy of the opposition party, and who no longer participate in the democratic compromise our republic relies upon to operate. Unquestionably, this radicalism must be quashed or subdued, since the only alternatives are at best, worsening chaos and stagnation for the United States, or at worst, something between a quasi feudalist restoration and de-facto anti-democratic rule.

And the unavoidable conclusion, after a decade or so of observing this breed is that they mean harm. They do want to hand public lands over entirely to private business to with as it pleases; they do want private interests to operate without interference from government on behalf of affected citizens or environmental concerns;  they do want high finance to have its unlimited way always; they do want the wealthy to bear a relatively miniscule tax burden as the middle and working classes bear the bulk; they do want to relieve themselves of what they see as the unnecessary burden of caring for the indigent; they do regard the period prior to Social Security and Medicare and the New Deal and the Progressive Era reforms not only as acceptable, even with the manifold hardships and burdens for most Americans that existed then, but as preferable; they do see virtually no place for community goals at all, only private ones; they do see the United States owned lock, stock and barrel by accumulated wealth and corporations; they do retain the vision of the ideal America as a larger version of the Latin American banana republics of old.

I defy someone to show me any sign of reason or benevolence or enlightenment, any set of values beyond market abstractions and hard propaganda selling the vested interests of the owners of the country as the rest’s best interest. I defy someone to show me any sign that one may retain a reasonable expectation of compromise or mutual interest with the Republican Party, any expectation they will not remain utterly and nihilistically obstructionist when in the minority, and utterly, dogmatically autocratic when in the majority.

This historical march shows no sign whatsoever of nearing abatement. The contest with those advancing this fully hostile and confrontational radicalism as the existential enemies they in fact are, and consider themselves to be, remains largely unconsidered or merely a parlor abstraction. There’s a point in many conflicts when talking simply no longer is an option, the desire for dialogue runs up against the concrete wall of the zealot’s monologue.

The question is, who will accept the existential challenge of self-preservation, or preservation of an America operating with the humane values of equality, fairness, prosperity for all, reason, enlightenment and progress that have been the country’s aspiration during its finest hours?

Many, including the Obama administration simply want to wish this ugly engagement away, look in the other direction, or rationalize the nature of the current conflict as typically and historically oppositional partisanship, no more than one traditional side of the political spectrum posed against the other. I hope that’s correct. But I’m not sure.