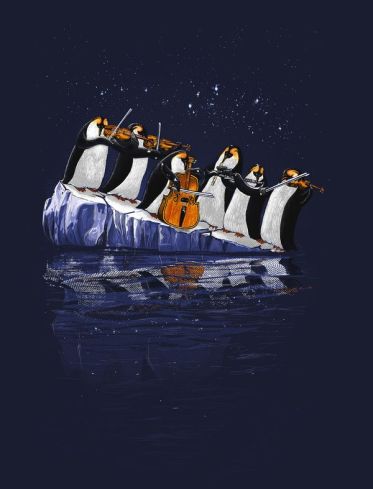 Once your country, through whatever combination of incompetence, corruption, inattention and coercion has allowed a figure who is the personification of human depravity to lead it, while at the same time permitting ones federal congress and numerous state governments to be dominated by a draconian, ideologically exotic, essentially Stalinist political party, it may be time to concede that the horse, as they say, is out of the barn.

The most embarrassing and pathetic part of this woefully awful goat coitus, even the saddest, if your tear ducts still can make a tear, is that the majority in America never endorsed any of it. You outnumbered the skunks and the scoundrels, the neo-feudalists and the proto-fascists, and yet you still let them flip you over and sodomize you. All I have to say is: tsk, tsk.

We had a perfectly good country, occasionally egregiously imperialist and reckless overseas, domestically prone to fits of racism and spasms of Robber Baron economics, yet for a couple of hundred years at least we improved with time, and then we had to go and ruin it all.

Adams became convinced later in life that America wouldn’t survive without a hereditary executive and hereditary senate. Seemed snotty at the time, but maybe he had a point: the lunatics never should have been allowed to run the asylum. Even if we had fun.

Jefferson believed that virtue, which for him encompassed moral integrity, learning, enlightenment, and perhaps most important of all, decency, were essential in a population in order for a republican form of governance to persevere. Now that’s some quaint shit.

Sixty million Americans just went all in on a pussy-grabber with five bankruptcies, a rap sheet of stiffed creditors and screwed workers, multiple lawsuits demonstrating fraud, and federal spankings for discrimination in housing. Trust me on this one Tom: if you’re ever tempted to come back and take a peek at what your progeny has wrought, there’s a lot to be said for the sanctity and safety of the tomb.

Given that political parties were anathema to our founders, had time-travel allowed them to get a good look at today’s pornographically lying, gleefully dishonest, authoritarian to the bone Republican craphounds, they would have forbidden parties in the Constitution. Or more likely, Patrick Henry would have proclaimed, “Give me liberty, or give me…oh fuck it, whaddya say we move to Australia. First round’s on me.”

Orwell at least should feel vindicated. You know he thought he was just clever as hell coming up with that War is Peace, Ignorance is Strength stuff. Well, a third of America right now will believe the sun comes up in the west if certain media outlets and party functionaries tell them it does. Nice try, George, but when it’s made in America it’s the best there is

And a big round of applause for America’s media. Thanks for giving us the loud heads up on the gathering storm of American authoritarianism. Oh, you didn’t? The storm has gathered? Well, it was easy to miss, what with the Republican Party going stark raving batshit right in front of our eyes for two decades.

At least you saved us from personal email servers. When Democrats have pointed out that the four most essential elements for life on Earth are carbon, hydrogen, oxygen and nitrogen, and Republicans have answered no, the four essential elements are fairy dust, fructose, Ben-Gay and Quaker State, you helpfully advised your news consumers: Decide which of these partisan assertions is the better fit for you.

Guys, give yourselves a Peabody and a Pulitzer and a pear in a partridge tree.

Still have hope? The millennials will get so woke they’ll actually decide to vote? Some Godsent Malthusian plague will wipe old white racist cranks off the earth faster than expected? The doublespeak infected brains of millions of Fox News watchers will spontaneously heal during a Bernie Sanders speech?

There is the option for progressives, and other card-carrying members of the reality-based community of fighting the bastards in the mud, with baseball bats and knives, and hard kicks in the nuts. Fight them in the voting booths and in the streets, and don’t be dainty about it.

The lesser of two evils? OMG! What is it about the word LESSER you don’t understand, fancy pants?

Or, whaddya say we move to Australia, mate? Or better yet, New Zealand. First round is on you.