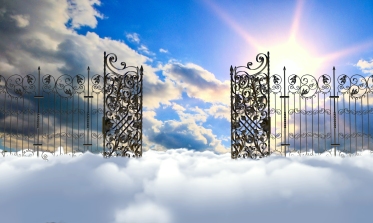 From the debate stage, the halls of congress and the political podium you’ll hear it described by Republicans, with their peculiarly carbolic sense of humor, as a freedom agenda, free-market solutions and smaller government.

Translated from asshole-speak, here’s their vision of paradise:

Ridding the nation of the minimum wage, ridding the nation of collective bargaining, more working hours, ‘phased out’ Medicare, gutted Social Security, dirtier air, a hotter climate, lavish taxpayer subsidies for the energy business, stamping out consumer rights, fewer voting rights, expensive, inaccessible health care that serves the needs of insurers, instead of yours, a scantily regulated financial sector, weakened safety standards in the workplace, piddling weekly unemployment benefits, fewer reproductive options for women, miserly tax contributions from the wealthiest and the corporate sector, higher defense spending, and war, lot’s of war. A picture of Eden if ever there was one.

How do I know these are Republicans’ goals? Republicans have told me so time and time again. They’ve even gone so far as to show me how it’s done.

It’s not just in the halls of congress, where everyday the Republican house and senate whack away with machetes at the foundations of the American middle class, with a pride and bravado befitting Napoleons in mental institutions everywhere. There but for the grace of Barack Obama (and eventually Hillary Clinton perhaps) go Americans, off into the feudalist banana plantation of the Republican Eden.

But it’s in the states, where the vista of the Republican good life so strikingly is being painted daily. Want to see what the freedom agenda, free-market solutions, and smaller government look like in the real world? There it is.

Wisconsin is one of the states where Republican governors and legislatures assumed full control of state governments in the 2010 and 2014 midterm elections, and hammered citizens with an ideological frenzy of draconian laws shortly after doing so.

Governor Scott Walker and the Republican legislature successfully stripped the collective bargaining rights of Wisconsin’s public sector, screwing with health insurance and pensions promised before to firefighters, teachers and others.

As in similar states newly in Republican hands, the governor and legislature moved quickly to restrict and repress voting rights, making it disproportionately more difficult for students, seniors, minorities and the poor to exercise their right to vote.

Promising job growth, Walker and his Republican legislature drastically slashed taxes on the upper brackets, and took it out of the hide of education. The result? Wisconsin went from 14th nationally in job growth under Walker’s predecessor, to somewhere down in the forties. Yes, taking purchasing power out of the pockets of your middle class will do that.

Republicans took $250 million dollars from the budget of Wisconsin’s flagship university, the University of Wisconsin, and decimated K through 12. Taking a page from Dubya, Walker flipped a surplus left by his predecessor into a massive deficit, in this case, a $2.2 billion hole.

As it always does, and always has, at the national level and in the states, the Republican model fails. Revenues go down, deficits climb, the safety net erodes, workers lose purchasing power, infrastructure suffers, the economy tanks, and happy days are here again.

Kansas, with tea party zealot Sam Brownback acting as Kaiser, probably looks the worst. The recipe was similar: upfront tax giveaways to the wealthiest and the corporate sector, ripping the heart out of education and infrastructure, creating deficits in the hundreds of millions. Cuts to the states’ schools rendered them so sub-standard according to mandates in the state’s constitution, the courts were forced to intervene.

From Wisconsin to Kansas, Ohio to Florida, from North Carolina to Michigan the results have been the same: the panegyrics of market solutions and smaller government and tea party panaceas starkly visible in the light of day. And it isn’t pretty. Though at times, it is crazy.

For instance, in North Carolina, where the legislature passed a law prohibiting its Coastal Resources Commission from using current data on sea-level rise, requiring it to use “historical data,” demonstrating to naysayers that reality indeed is only a matter of legislation. Who knew? Problem solving in the Republican paradise is full of surprises, and on a good day, surrealistic.

In many states, newly elected Republican governments enacted gun laws so promiscuous, their states could fairly be described as gun sluts. Laws were changed so that firearms are allowed in churches, bars and school campuses, these laws seemingly a geyser of spite directed at any contemplation in the nation of reasonable gun oversight in response to multiple massacres, with gun proponents claiming that only additional firearms in the public domain will end the violence (No, that last line isn’t satire). The Republican good life can be spiteful, extreme, and in the end, bloody.

Thoughtful Americans might recall that Republicans so vitriolic toward Obamacare did nothing to alleviate the exorbitant rise in the cost of health care and insurance premiums, nor address the unfairness, and the insanity of pre-existing condition rules, or the rescinding of insurance policies for policyholders who became sick, during the previous decade, when the executive branch and both of the houses of congress were in Republican hands.

The Jeb Bush and Paul Ryan plans for the old folks once Medicare is reformed, or phased out, is to send Grandma and Grandpa back into the private insurance market for a hard, swift gouging. They’ll receive a voucher, which no doubt will cover a small percentage of their medical costs, where before costs were nearly entirely covered.

Medicare and Social Security didn’t come into being simply on a whim, or as the result of ideological fancy, but because the elderly were so very disproportionately impoverished, and at the time of their greatest vulnerability, broadly and visibly suffering. For two-thirds (65%) of elderly beneficiaries now, Social Security provides the majority of their cash income. For more than a third, it isresponsible for more than 90% of all income.

Anytime a Republican uses the words, repair, fix or reform in connection with the safety net, call the doublespeak police and report a crime. That thing flying out the window is your cherished benefit.

Numerous current Republican presidential candidates already have promised boots on the ground in Syria, perhaps Iraq, and perhaps Iran, where bombing is promised at the very least. Take them at their word. After the nation went deeply into debt paying trillions for wars in Iraq and Afghanistan, where would the money come from? Like Ronald Reagan, Poppy Bush and George Bush before, another Republican president would leave another Democrat another atrocious budget mess needing mopping up, and other costly, bloody wars to end. Endless, expensive wars are a bonus thrown in every time you purchase a new version of the Republican good life.

Republicans say President Obama, whom many if not a majority believe is not a citizen, has willfully undermined the country, and turned it into an awful place. It’s an economic failure internally, and trembling in fear of being terrorized. This is the same country where unemployment has been cut in half, year after year of sustained economic expansion has occurred, the rolls of the uninsured have been reduced by the many millions, providing a level of security unknown to millions before, as well as doctor visits, and whose president killed at last, Osama bin Laden. In other words, today’s Republican Party no longer is an opposition political party it’s another species.

The point I am so delicately sledgehammering home, is that the promised Republican good life isn’t a thing only accessible in theory, only present in jargon and rhetoric and political speech, it’s utopianism not confined to the speculative realm, but exists in the historical record, and the present day, for examination by interested parties anxious to observe it in concrete, physical terms.

The Republican good life is here for the taking. All you have to do is grab it. My own recommendation is that you run like hell in the other direction and never stop to look around.