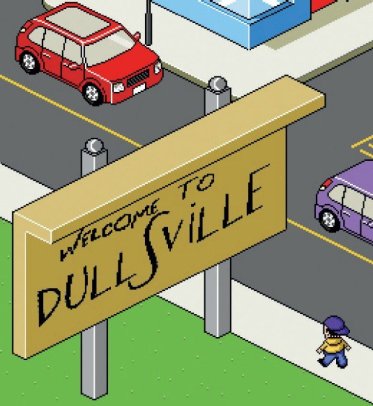 Like the inside of a rotting house with several holes in the roof, during the noonday sun at least there are several bright spots.

For those with a fetish for dependability, Republicans were wrong about practically everything just the same as every year, and as always, remain the last to know. So there is that.

Americans with cosmopolitan tendencies were rewarded with interesting developments in the world at large: South Korea, for instance, which is able and willing to connect its citizens to impressively zippy internet, superior even to the zesty broadband across Europe, all of it more robust than ours here at the Ponderosa. At the other end of the globe, readers were confirmed in sensing there is exceptionally fecund literary soil in Scandinavia.

But the United States was a thrill ride only for those whose preference is driving in reverse, backing our way at high speeds to reduced access to safe abortions, reduced access to the voting booth and to Old World levels of inequality.

Obama’s success is bittersweet, viewed in the context of so much contrived controversy surrounding him, conventional liberal pragmatist that he is. Intelligent, accomplished in all the ways Americans claim to admire, deliberative and open-minded, the misrepresentation of the man and his initiatives both impulsive and cynically obligatory has become so detached from normalcy, that it only can be described accurately as objectively unhinged and brainless calumny. Were it a movie, it would be a movie so failed in its ability to suspend the disbelief of its audience as to be a terrible one, and painfully boring.

Yet Obama’s success is concrete and indisputable.

Depending on who is doing the calculating and how, between 10 and 20 million Americans have health insurance who didn’t have it before. By law, health insurance for all Americans is more efficient, consumer-friendly and dependable. The cost of health care itself is declining, just as proponents of reform asserted it would. The solvency of Medicare, whose rising costs were directly tied to the rise in the cost of health care, has gained thirteen additional years due to the reduction in costs.

The skyrocketing, long-climbing unemployment President Obama inherited during the worst of the Bush financial collapse and recession, has been reversed, now below 6%, from more than 10% at its height, and nearly 8% when the president first was inaugurated.

Last quarter, growth in GDP, the principal measure of economic growth was an explosive 5%. The head of steam in growth overcame concerted Republican attacks on America’s economy, ranging from petty muggings to felonious battery, the government shutdown only the most grandstanding of them.

Republicans will tell you the economic doldrums all were Obama’s fault, and the current upswing happened despite him, and in fact, due to them, meaning one should add Republican cynicism to other American enterprises that have failed along the way to innovate.

The list of Republican nuclearized propaganda misfires during which millions upon millions of American brain cells were cruelly deadened, melted in a fiery conflagration of florid hyperventilating by the disloyal opposition, for which the President of the United States is owed a contrition-rich public apology is a very long one.

Charging at the president like an inebriated, diminutive bull, Lindsey Graham, in a scenery-chewing attempt at Obama-blaming haymaking regarding Isis, said, “This president needs to rise to the occasion before we all get killed back here at home.”

Without demanding a complete apology from Graham, I will settle for at least the small confession, given that zero has been the exact number of Americans killed here, “I was a little off the mark.”

Likewise, putative Obama fecklessness and incompetence were going to get us all killed by Ebola, according to the spring-operated Republican machinery. The administration and the CDC assured us it was under control. Guess who was right? Again.

The 1.4 trillion budget deficit Bush Jr. stuck Obama with, the one no Tea Party of Republicans mobilized to utter a discouraging word about during the Bush administration, but which plunged them into the bitter torments of hell once it was supposedly, somehow, Obama’s, is a fraction of what it was. Under Obama’s watch the deficit now has fallen to 2.8% of GDP, smaller than the average for the last forty years. If the phony Republican budget-worrywarts have not profusely thanked Obama for their rescue from sulfuric woe and misery I guess we aren’t surprised.

When gas prices soared, Obama was one-trick-pony Republicans’ villain. Now that gas prices are scraping bottom, to the delight of driving Americans everywhere, Republicans suffer an epic bout of shyness.

The frayed and superannuated Republican lie that oil-hating President Obama has plugged every eructating hole in the ground having petroleum in it was spectacularly exposed this year, domestic oil production the highest it has ever been, and indeed, America currently the largest worldwide producer of oil. Like oil production, the stock market is higher than it has been in history. Consumer confidence is higher than it has been in almost seven years.

All of this is a great relief, even salutary, but it doesn’t change the basic reality that America is mired in stasis. And stasis is boring.

It’s not that America is boring simply because radicals have rendered the American political system a constipated, staph-infected zombie, but because this dogmatically engendered anti-intellectualism and anti-rationality has seeped into the American bloodstream resulting in a form of national anemia.

On one hand, it can be depressing to progress-loving, problem solving-minded Americans that China can so determinedly and vigorously expand and renew its infrastructure, reset its energy policies for the future instead of the past, or plunge ahead with green technology, confronting its own grave environmental crises with bold action, unlike here. Or that the humanity and efficacy of universal health care is settled all across the modern world, except here.

On the other hand, and even worse, the time comes eventually, as it has come in America, when the level of the prevailing national conversations remain at such a level of banality with such interminability, the nation’s state of mind and its cultural vigor are dragged into the civilizational muck. Eventually, a stupid controversy is more tiresome than controversial or risible. In other words, it’s only stupid.

Pretending to discuss whether the sun actually rises in the east, whether gravity prevails or water is wet is lethally stultifying, even if Wolf Blitzer abides it cheerfully every single day. A money-bought government that is a wholly owned subsidiary of the corporate and financial sector and reactionary rich produces both futility and intellectual and cultural inertia. The right’s philistinism has reduced us successfully, even often against our will, to philistinism.

The predictability and commerce-driven state of our arts and entertainments admittedly have a complicated parentage, as do our facile and complacent media. But they seem to have settled comfortably into the enveloping bog, which only exacerbates the sense of national mouldering.

Obviously there are undertakings, people and events in the Unite States capable of and worthy of eliciting interest. Yet the sense remains that America as a whole is a ship that is trapped in ice. Is it just me, or does this make for quite a disappointing voyage?

Then again, if you mythologize, fetishize, propagandize and rationalize firearms, boy have you found a home.