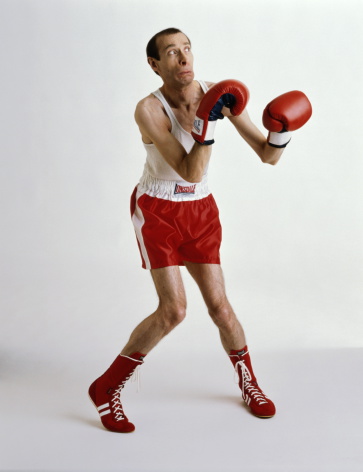 What would actually happen, were Donald Trump to be elected president?

The phrase it can’t happen here, if it ever applied to America, can be retired now due to obsolescence. Enough of the unexpectedly atrocious is manifest, observable even by our sleepy-headed conventional press to put the claim to bed.

While most who follow politics, including myself, expect the nomination of Trump as the Republican candidate for president, would culminate in a candidacy whose effulgent nosedive into the mountainside in the general election, would take today’s feverishly hallucinating Republican Party with it, what if he somehow won?

No one can recall an apparently viable presidential candidate for one of the major parties, who distilled a campaign into concentrated, ad hoc hucksterism, almost entirely to the exclusion of policy proposals or articulated plans of any depth at all.

Does he mean the cartoonish things he says? Is he deadest on his fascistic remedies? How much of this campaign is merely bottled magic ointment peddled to the easily suckered, served up by the Grand Marketer and preeminent cynic to the paying customers, and how much is something else?

Under the hair-like substance covering our hero’s scalp, under the vague bluster, crude bragging, and the bigotry and vulgarity, viciousness and stupidity he equates with bold forays into political incorrectness, what are his motivations, and more important, his real intentions?

With his woeful misconstruing and misunderstanding of economics, political and geopolitical dynamics, his eliding of structural realities and ignorance of basic civics, what would he do, and what would America be like?

Assuming domestically that he would attempt to implement policies that even approximately reflect his rhetoric, and his nebulous promises, he almost surely would be opposed by a majority of members of congress at every turn, whichever party is in control of one or both of the congressional branches. Yes, there are enough radicalized Republicans to give parts of any crazy agenda a shot, but only very little.

It would be the stalemate and stagnation we currently suffer, only magnified. Unlike the transformation his believers convince themselves will happen, in reality, nothing will.

Internationally, Trump’s cartoon bullyboy, his comic book political strongman, his nouveau authoritarianism, would elicit from the world rather than fear and subjugation, ridicule and loathing, and a pronounced lack of cooperation. Contrary to the Trump windiness, and what many less thoughtful Americans regard as strength, such international cooperation is our most effective tool against the world’s dangers.

As much as Trump assures followers, that he will pound the rest of the world into submission with military operations, and warfare conducted everywhere and every way, cockamamie military adventures would be strongly advised against by America’s military. Its leaders, while committed to following orders, likely would resign rather than carry them out. Large-scale attrition by the most competent and experienced personnel would leave the military considerably weakened, and the nation’s defenses diminished.

While trump huffs about making deals, deal making by the American government, and certainly by the executive branch, is a minuscule factor in the American economy. Anyone gullible enough to take this “winning” talk at face value deserves to have the Charlie Sheen of American politics lead her nation.

Markets thrive on predictability and stability, both of which would be undermined by the stalemate and chaos of an eccentric Trump presidency. The greatest likelihood is that a Trump presidency would tip the country into a long and uncontrollable downward economic spiral.

The political constituency most responsive to Trump, segments of a Republican Party whose majority believe Obama is not a citizen, and a near majority of whom believe him to be a Muslim, who accept as reality that Christians and whites are under siege, enduring persecution (notions fed to them in a continuous IV drip by Fox, Limbaugh, etc. etc.) it isn’t likely to go as they expect.

True believers expecting Trump’s envisioned Gestapo-like paramilitary operations to round up immigrants, or internally repress Muslims, or corral gays and other minorities, in a manner they see fitting and overdue, restoring a kind of order they seek to re-impose, will be sorely disappointed. That is, unless they’re expecting civil turmoil of such volatility it can cripple a nation.

If you’re a Trump follower dreaming of the 1950s, or the 1850s, you’re in for a rude surprise. Expect the turmoil of the Sixties on anabolic steroids, or the French or Russian revolutions.

Trump’s flocks should understand as well, that executive actions, taken unilaterally without the consent of congress, under the constitutional authority delegated to presidents, were they to be extraordinary in their unsavoriness, or overreach, would be smitten down by the courts forthwith.

Even jurists who sympathize with a rightist agenda, don’t cotton to being pushed around by another branch of government, or ceding it inordinate leverage in the scheme of checks and balances.

So, all you hopeless romantics out in Munchkin Land: The circus may come to town, but it never will be more than a circus. I practically guarantee it.