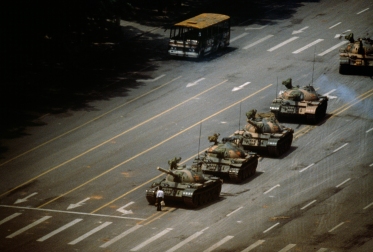 The world changes, America changes, a diverse, largely progressive population dominant in America. Yet, this population has continued to be governed at the federal level by a minority of ideologues. Only President Obama, serving in the executive branch, has represented the views of most Americans.

Extremist Republicans, vessels of fringe ideologies at odds with most Americans’ views, continue to rule the congressional branch. And now, the one branch of government that has represented the American majority has fallen into the hands of the ideologues. And worse, given the personal failings, and unique jeopardy of the newly elected president.

Though I know why this condition persists, I have no idea whatsoever what ultimately can be done about it.

The senate, with its apportionment of two senators for each of the states, egregiously over-represents small populations and rural voters. California, with its nearly forty million citizens, has no more representation in the senate than tiny North Dakota. In fact, twenty-two states whose populations combined equal that of California’s hold forty-four out of a hundred seats.

Likewise, assigning electoral votes for determining the presidency on the basis of states, rather than democratically electing a president on the basis of the majority of total votes cast, means small populations and rural areas again are given disproportionate, inordinate weight in the electoral process.

Republicans have so gerrymandered House seats, states divided into numerous geographic districts, most with minimal populations, but each with a representative, while one or two single districts where the vast majority of the population of the state resides, enjoy only a single congressperson each to represent them, that again, a minority of rural voters and minority viewpoints always are overrepresented.

States governed by Republican governors and legislatures continually find ways to target segments of the population for voter suppression, and likewise rig the system, locking in their power in perpetuity.

Having now had two presidents in sixteen years elected with a minority of the popular vote, added to the rest of these structural imbalances, democracy understandably is headed for trouble, conflict, turmoil, and volatility.

Furthermore, this minority of the population inordinately gets its information (misinformation) from Fox News, Rush Limbaugh, and a host of exotic fact-free, conspiratorial-minded, all but hallucinatory websites. In effect, a non-fact-based, post-truth alternate reality now has managed to subvert reality itself,  and to govern the country.

This is fertile ground for unprecedented civic strife in America, and under the circumstances, that strife is morally unavoidable. This is a persistent injustice, increasingly taking harsh, brutish and hateful forms.

Such minority rule, so philosophically divergent from the majority it governs certainly  cannot be sustained. The tension is simply too great. Something has to give, and it will. Perhaps soon. Perhaps now.

Were there available recourse in the manner of structural adjustments, such would be the preferable course. But no such recourse is realistically available.

Is there any recourse other than strident, non-violent, even at times violent social upheaval? If there is, someone needs to find it soon.