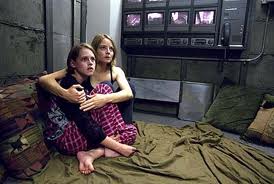 Anyone highly educated in the ways of zombies knows that it is very important to stay put when they’re hanging around, especially after dark. Republicans are the new 24/7 zombies who do not even mind the sun. In fact John Boehner loves it so much he submits to the tanning booth on a regular basis in order to sustain a skin tone with the verisimilitude of an orange peel.

Last year it was Republicans threatening national default during the Republican concocted “debt crisis” and in January it was the Republican promulgated “fiscal cliff” that threatened national havoc, and sometime in the next 24 to 48 hours it will be sequestration kicking in, the Republican ransom extorted earlier to elude default, and something Republican members of congress could waive with a single-sentence piece of legislation. They won’t of course.

A combination of deadly viruses mutated inside these poor devils turning them into the living dead: voodoo economics, Libertarianism, the Confederacy bug and an immunodeficiency that can leave one highly susceptible to Ayn Rand. Whatever specific combination afflicts any given individual, it is too late for them all now: all they can do is cause harm.

Zombies aren’t particularly empathetic, so the fact that the looming sequestration will result in a dramatic diminishment of critical government services from air traffic control to food inspection to airport security screening to military base shutdowns or that it will lose thousands their jobs and millions their essential income and stunt the economic health of the country isn’t troubling.  In fact, these zombies have a lusty juvenile appetite for vandalism that causes the grown-ups fits, and theirs is a brainless glee in pure destruction, a bloodied American government cause for celebration among the stupefied set.

Zombies aren’t especially rational either, so inflicting harm on others means inflicting harm on themselves too, the literal kind other Americans suffer and the political kind they inflict upon themselves. The good news is this species of zombie is slowly committing suicide; the bad news is they may not finish the job before the country is a hopeless nervous wreck or a smoldering demolition site.

These zombies are no more concerned about federal budget deficits or national debt than your average zombie would be, though they do want to feast themselves on the guts of Medicare and Social Security. Social Security has no bearing whatsoever on the federal budget and the rising cost of Medicare parallels the rising cost of health care, meaning these Republican zombies who are surprisingly friendly zombies when it comes to insurance companies and hospital corporations aren’t serious about reducing health care costs if it would affect the profits of their bloodsucking pals. They’re just safety-net hating zombies.

Whatever happens with this sequestration fiasco, the better part of wisdom would be to remain in your panic room for a while to come. On the 27th of March current funding for the federal government expires, and zombie eyes already are lighting up for that one. Peace is not at hand and neither is sanity.  One crisis to the next here in Republican Zombieland.  Any expectation of progress in these United States or for any basic problem solving should be folded up and put in your wallet for later, because there won’t be either in the immediate future, not as long as the Republican Party as currently constituted and currently motivated remains extant. Stock up on food, books, booze and porn, or whatever else you need to get you through the proverbial night. It’s going to be a long one.