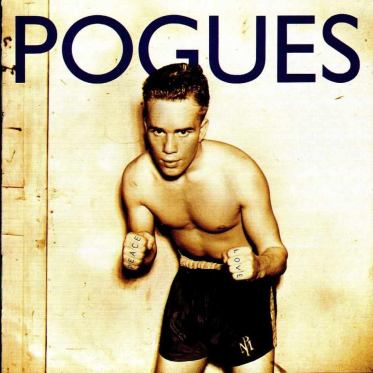 If ever there was a critical juncture requiring an uninhibited and angrily ferocious counter attack, it is now. If ever there was a tipping point for acquiring a clear-eyed understanding of the opponents one is up against, it would be now. This advice is addressed not only to President Obama, but to Democratic Party politicians, to chronically sedate liberals, and anyone who understands the abyss of irrationality and dysfunction the nation is sliding over, the inequality, cultural resentment and plain mendacity that slowly are becoming synonymous with the United States.

To Obama I would say: you can’t improve the lives of Americans you wish to lift up, unless you attack and effectively defeat politically and philosophically the elements of the country robotically indifferent to the fact those Americans will be collateral damage in the achievement of their warped and often ignorant ideological obsessions. Ideological purists, whether of the Stalinist or the Teabagger extremity always will remain icy to the consequences their ideological accomplishments mete out to living, breathing human beings. Obama should keep that in mind.

When I refer to the opposition as Republican prehistorics it isn’t simply to refer to their atavistic quest for an 18th century mythological America, or their loathing for Enlightenment values of science and rationality, and preference for fundamentalism and ideological reality in place of the demonstrable material kind. It is just as much because they are carrying forward the legacy of an ugly American past.

The Tea Party “movement” is in the rich and nasty tradition of the opposition to civil rights and integration. There is nothing coincidental about the Republican right, dominated by Southerners as it turns out, turning on the federal government and the public schools and the public sector generally, just at the time the federal government mandated integrated schools while guaranteeing voting rights; nor is it any coincidence anti-government extremism spiked shortly after the enactment of Medicare, Medicaid and welfare, all painted in conservative propaganda as the squandering of the American treasury through giveaways to lazy, undeserving minorities. Subterranean as the racism may be in virulent anti-government radicalism now, it is there.

It really is time for the presidential paeans to bipartisanship, unity and conciliation to cease. At this point they are misleading, misguided and negligent of the actual state of American politics: fool’s gold, with which fascination is irresponsible and dangerous.

No, the opposition isn’t just people of good will with divergent ideas; it is people for whom everyone and everything not in complete agreement is illegitimate.  And the aim isn’t to coexist with this “illegitimacy” in the realm of civil democratic contention; it is to kill it for good. You can tell yourself otherwise. But the proof is in the behavioral pudding. And if this latest extortionist prank, and its overt willingness to blow the American people’s well-being to bits and pieces with American default aren’t convincing, then little is.

It’s unforgivable that a man as bright and highly educated as President Obama gives so little credence (and this goes no doubt for his closest advisors) to the history of modern Republican politics, with its House Un-American Activities Committee, red-baiting, southern strategy, states’ rights defense of segregation, Willie Horton, flag-burning, swift boats, death panels and Obama the tyrannical  Kenyan Marxist.  Perhaps the ascendance of the ugliest strains of American conservative radicalism to control of the Republican Party hasn’t impressed him much. If not, even today, we’re in trouble.

Millions of Americans, and in particular many who unwittingly voted to elect the latest crop of nihilistic obstructionists to the House of Representatives voted against their own personal economic interests. If you wish to prevent masses of people from voting against their interests, the only choice you have is to elucidate what middle class and working class interests actually are, and the way in which  the party or the politicians for whom members of those categories vote when they elect Republicans, oppose those specific interests. It isn’t easy, and it requires repetitiveness, patience and fortitude. But it has to be done.

To put it bluntly, President Obama, the Democratic Party, and progressives throughout the nation have to go to war. Not merely to defend, not merely to hold ground, not simply to prevent loss. But to promote and advance the proud and successful legacy of the Democratic Party and American liberalism through the last century: a legacy of prosperity, fairness and advancement for the middle class. This includes an indisputable superiority in concrete economic terms during a succession of Democratic presidents.

Likewise the modus operandi of this war should include an endless repetition of the manifest failures of conservative economics, and its conservative prescriptions, vividly on display for several decades. An overt hostility of this contingent to the American safety net, and to middle-class security should be relentlessly brought to the attention of the American people, along with the Republican economic collapse of only several years ago: and a sustaining funk in which we’re still submerged.

Republicans, all but the de-facto government of the country now are slowly turning America into a conspicuously bereft backwater among the modern democracies. They are relegating us to inferior health care, decaying infrastructure, neglected schools, an insufficient and antiquated safety net, and destructive and morally depleting inequality.

They lie.  Yes, all politicians lie, but normal nickel and dime political lying is the Wright Brothers compared to today’s Republicans’ full-scale reinvention of reality on a daily basis: craven, willful dishonesty at supersonic jet speed.

The new American right like the old American right is ignorant: they rant on about the Constitution and the Founding Fathers and wouldn’t know legitimate American history if it bit them on their flagpole.

They retain and publicly express a despicable level of hatred and disrespect for President Obama. Beyond that, there exists among them absolutely no collegial or other form of respect for political counterparts or those with other beliefs. You are truly with them or they are against you.

If you aren’t galled to the point of pissing fire by the attempted takeover of the country by these coarse and belligerent zealots, you have no hope. And that goes for President Obama too, despite the great deal of affection and admiration I retain for this brilliant and indisputably good man.

There’s a lot of complaining across the media landscape about the woefulness of this encroaching radicalism, and those responsible for doing that encroaching . Don’t complain. Go after them. Hard.