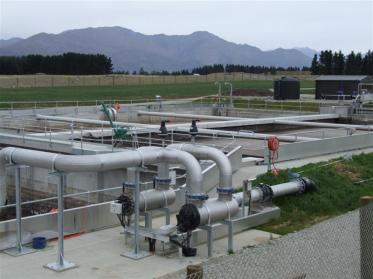 In the last week we’ve learned the economy is moving ahead at a feeble crawl, that manufacturing is weak, and now today, that Americans have cut their spending for the first time in nearly two years, meaning that rather than tepid consumer demand our economy has exactly none. Today’s news was coupled with the report that Americans’ income grew by the smallest amount in nine months. If you’ve been living on the terrestrial earth for a couple of years it wasn’t a shock.

After several months, if not the better part of a year spent in a make-believe land of phony crises created by conservative psychotic breaks, Rome has burned and it has burned hot. And today Republicans are having their way: our nearly fully disabled economy, gasping for breath and struggling to open its eyes had a pillow held tightly to its face: all in the name of discredited economic theories,  fetid cultural resentments, myths, lies and a Know-Nothingness of breathless depths.

The pinheads have been prattling on with insistent ignorance about what terrible shape America supposedly is in because of our national debt, ignoring the real problems: jobs and growth. And of course, no sooner is a debt ceiling deal announced than investors, feeling pretty good about the reliability of the old United States, start moving their money into the safety and security of treasury bonds, terrified of the ramifications of the mugging Republicans and their Democratic enablers just punked the economy with.

In more affirmation of the benighted lunacy of the ass-backwards Republican brainiacs we’re now beginning to hear from experts that with the specifics of the deal in hand, it is estimated that whatever cutting is made to the debt will be essentially nullified by the addition of debt attributable to the sluggish, and just slugged American economy.

Don’t listen to me, listen to the people who make money helping other people make a lot of money. A spokesman for Barclays Capital, probably not socialists, said, “Lower growth in 2011 will add about $1.2 trillion to the deficit over the next 10 years, which wipes away most of the savings we’re supposed to get from this deal.”

The Conference Board, a business funded group in New York that analyzes the economy, also safely presumed untainted by a Marxist toxin, predicts the economy will manage no higher a rate of growth than 2% for the rest of the year and even the next.  Other analysts may consider that a little low, but even their estimates won’t convince anyone considering suicide not to follow through.

Somebody had better figure a way for government to get a jolt of  money flowing through the economy again and putting people to work,  because the private sector isn’t going to spend a dime until the prospect of actually having a couple of customers brightens its horizon. Big business is sitting fat and comfortable on its big, soft cushions of money, hiring no one, paying disgustingly bottom tier wages and waiting the drought out in relative luxury.

So, despite months of tent revivalist bullshit about the hellfire of debt and deficits, and an administration that chose to play-act along with the oily preachers, we all are faced with the real life pain of a stunted and undernourished economy.  Obama and Democrats need to shake themselves free of the enervating miasma of fool’s ideas and charlatans’ mendacity and generate some genuinely bold and creative endeavors to electrify the economy, and more importantly, get citizens of the country working again. And fight like hell for those endeavors by the way.