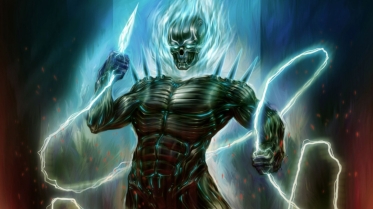 For me, a monster talent possesses the ability to produce strikingly brilliant or wonderful creations, wows with artistic ingenuity and innovation, and is one in which resides unparalleled raw creative gifts.

Below are five musical talents meeting these criteria, and while in most cases the artists are not obscure, they are either somewhat forgotten, or dramatically under-heralded. I hate that.

Simply one of the best pop songwriters ever to write a song. Her tunes are sophisticated, ridiculously catchy, as well as surprisingly soulful. Early on during her most productive period in the late Sixties into the middle Seventies, before her own recordings gave her broader notoriety, her songs were recorded by an impressive string of huge-name pop acts, from Blood, Sweat and Tears to Barbara Streisand, to jazz artists such as Maynard Ferguson. However, to hear these songs popularized by others to great commercial success collected in one place, and performed and arranged by Laura herself on the album “First Songs” is to be delighted if not amazed by the songwriting gifts displayed there.

Later, on albums such as “Eli and the Thirteenth Confession,” “New York Tendaberry,” and “Christmas and the Beads of Sweat,” Nyro became grittier, added more rock instrumentation and rock structure, including long-form rock suites, or even an experimental feel at times, while retaining the jazzy sophistication of her early songs. The albums are full of magnificent, soulfully rendered songs. A variety of crack musicians collaborated with Laura on several of the albums, among the best of these collaborations the work of the late, guitar icon Duane Allman on the ‘Christmas and the Beads of Sweat’ Album.

Nyro, who passed away in 1997 at forty-nine, was ambivalent about fame, and about the commercialization of her music and identity, and this perhaps contributed to her relative lack of attention over time.  But she was deserving of more acclaim and more attention when she was alive, and certainly is deserving of attention commensurate with her musical legacy now. Again, among the finest songwriters in popular music ever.

A precocious talent, Shuggie played bass on the glorious “Peaches en Regalia” from the notorious Frank Zappa album ‘Hot Rats’ at the delicate age of fifteen. A guitar prodigy, at sixteen he collaborated with iconic organist Al Kooper on his ‘Kooper Sessions’ album, the follow up to the legendary ‘Super Sessions’.

But it was as the auteur behind several groundbreaking and breathtaking albums in the Seventies that he reached his monster talent status. The most widely acclaimed album, “Information Inspiration” was so much its own distinctive work, at least at that point in time as to be utterly impossible to classify or pigeonhole, which of course worked against its broader popularization. Its melding of soul, rock and jazz was intoxicating, an electronics enhanced futurism embellishing its dazzling synthesis of  genres. Anticipating Prince by more than a decade and Frank Ocean by quite a few, and more idiosyncratic and adventurous than either, Shuggie filled ‘Information Inspiration’ with fascinating, tuneful, exhilarating and funky music.

However, it is the album ‘Wings of Love’ that for me is the supreme mind-blower in Shuggie’s catalog. Arguably among the strongest rock albums ever recorded, it is more focused than ‘Inspiration, Information,’  a soul-rock amalgam accentuated by Shuggie’s fiery, virtuoso electric guitar, an album alternately rocking and soaring.

Shuggie’s later work ranges from the sheen of Roy Ayers-style jazz-soul to straight-ahead electric blues. To this day no one operates, at least not so skillfully in quite the same realm as Shuggie’s precise intersection of soul, rock and jazz, the closest approximation the British artist Lewis Taylor (more later) or perhaps Flying Lotus bass player Stephen Bruner, whose solo records as Thundercat approximate in many respects Shuggie’s early efforts and sound.

As unjustly insufficient as awareness of Shuggie and his work may be, he remains one of music’s genuinely monstrous talents. 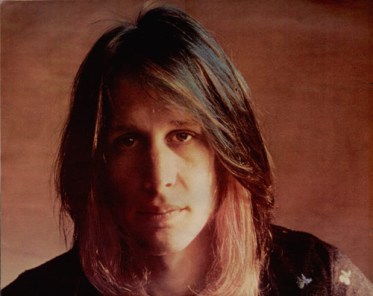 Todd can do literally everything. On albums like ‘A Wizard and A True Star,’ ‘Something/Anything?’  ‘Todd,’ ‘The Hermit of Mink Hollow,’ ‘Healing’ and ‘Nearly Human,’ like the musical mad scientist he sometimes appears to be, he plays most of the instruments himself in his studio/laboratory. But he is a mad scientist capable of creating a boundless number of killer songs.

Todd was always multi-faceted. Wizardly in the studio, he has been a double threat as sought after album producer as well as musician. Synthesizers, especially the early analog synthesizers are all the rage in Indie today, and synthesizers in general all but de rigueur in commercial pop. But forty-one years ago, with ‘A Wizard And A True Star’ Todd made one great leap for music-kind in the use of synthesizers. Yes, keyboard prodigy Keith Emerson was skillful in his use of them in Emerson, Lake & Palmer, but he used them in the classical vein typical of the period’s Prog-Rock. Todd on the other hand, utilized them with enormous facility as a light-footed, fleet and flexible rock/pop instrument. The result is a kind of beautiful waterfall of melodious, pulsing, razor-sharp rock, with Todd-like exuberant energy.

But all of Todd’s conspicuous ingenuity would be of limited value were he not also coming up with the killer riffs and killer melodies, albums studded with gems. That they’ve come in a wide variety of forms: show tunes, arena rock, blues-rock, electronica, fusion jazz, pop balladry or Philadelphia Soul, the latter perhaps the most consistent presence throughout his catalog, is part of the surprise and fun. Not some genre-hopping dilettante making sonic or structural facsimiles Todd  is making remarkable music that simply  pops out of him organically in myriad genres.

Todd’s albums are pop-rock heaven. He continues to work, but you don’t hear a lot about him these days, nor about the extraordinary albums he he’s made already. And that’s a shame.

Ironic of course that most of the attention to come Tim’s way in the aftermath of his death, has largely been the result of the success  of Jeff, his son,who barely knew him, but whose unique instrument of a voice was indisputably the most valuable inheritance he got from dad. The resemblance in the voices is so eerie because the voices themselves are so striking. Both father and son perished in their late twenties, but Tim left the larger, more influential and genre-busting body of work. For Jeff artistically, the cliché that the sky was the limit is fitting.

Not only was Tim’s voice not of the earth, he used it in ways that were barely recognizable as human. To call him a great singer is to shortchange him in a weird way.  Buckley’s was a restless talent, a questing one, and artistically ambitious as they come. He hated the idea of making consecutive albums that were much alike, and after his first few albums he simply didn’t.

The early albums are a concoction of brooding, spooky, melancholic, gossamer folk with touches of what could rightly be called acoustic psychedelia. ‘Lorca’ began to incorporate some of the jazz influences that would appear later. ‘Blue Afternoons’ is his most conventionally beautiful album, soft-focus, acoustic guitar, standup bass, jazzy piano and jazz guitar, introspective, melodious ballads.  ‘Starsailor,’ the most ambitious and innovative work of his career is truly Buckley and his voice unleashed. He does things with his voice you simply can’t identify or comprehend, variously something resembling yelps, howls, cries, plaints, croons and belting. It would be fair to say that overall the music approximates rock, avant-garde jazz, continental romanticism and psychedelia depending upon a given song. Trying to describe it falsely gives the impression it is actually describable.

Buckley infused his work with such ungodly force and energy and merciless creativity one wonders how long he could have sustained it had he not gone away at an otherwise tender twenty-seven. As with Jeff, I wish we’d had the chance to find out.

I’ve written about Lewis twice before, and I’m boorishly insistent on bringing him up every chance I get, but there’s no way to avoid him here. I’ll keep it short, pointing interested readers to the earlier, ‘Where Art Thou Undercover Black Man?’ devoted exclusively to Taylor, and to ‘20 Ravishing Obscurities’ where he is discussed along with others. I repeat: Lewis, who’d finally had enough of the music business several years ago and quit, remains criminally insufficiently recognized.

Lewis produced four awe-inspiring albums between the mid-Nineties and the mid-Aughts, among the awed in his native Britain some of the mightiest names in popular music. Rumor were that upon his retirement Lewis continued to play music in the role of studio musician or touring musician, but it also was reported that he had become a plumber, quoted as saying he was infinitely happier out of the music business. Who knows? He has gone so far as to actively expunge the record of his music career whenever and wherever it was possible to do so.

But the albums: ‘Lewis Taylor,’ ‘Lewis II,’ ‘Stoned, Part 1,’ and ‘The Lost Album’ are as extraordinary a body of work as any in popular music, if sadly delimited. Like Shuggie and Todd, Lewis was a master of many instruments; a genuine firebrand on guitar and a strong composer. Like them, Lewis worked a variety of genre veins, and like them wrote songs that didn’t simply recall the past, but were singularly great themselves, on par and frequently better than anything done before in a respective area. Generally categorized as blue-eyed soul, a given  LT song could recall any decade from the Sixties on, channelling Beach Boys, jangle-rock, electronica or hip-hop separately or rolled together.

I’d go on, but contemplating Lewis’s neglect is one supercalifragilistic bummer.  All I can say is, I listen to Lewis as much as I listen to anything I personally own. And I own a lot.