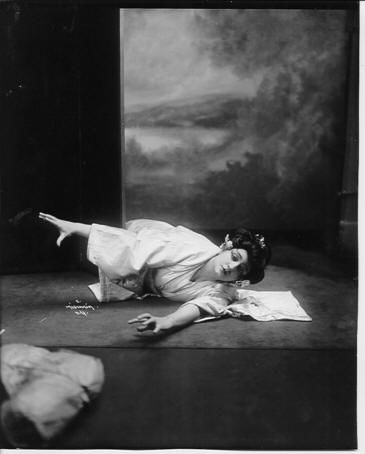 What in the world has gotten into our obscenely rich people? With every new day one of them cracks stupid and persecuted in a public setting. According to them, we are all dependent upon them for every scrap of decent fortune ever to come our way, so when they start swooning and babbling in public places maybe we ought to worry.

All scorned and done wrong, multi-billionaire venture capitalist Tom Perkins (Venture capitalists are to the average Americans’ prosperity what bowling balls are to squirrels) manfully holding back his sniffles, asserted a “progressive war on the American one percent“. Somebody (among the 99%) fetch him the smelling salts, Tommy’s about to faint.

It got worse. Said Perkins, “I would call attention to the parallels of fascist Nazi Germany to its war on the ‘one percent,’ namely its Jews, to the progressive war on the American one percent, namely the ‘rich’. Oh my. He added, “I wouldn’t say taxation is a form of persecution (that’s mighty reasonable of him) but the extreme progressivism of the tax system is.”

So, all of us aware, including Tommy, that tax rates on the rich have been declining over five decades (91% until the early Sixties, 70% until the Reagan era, when they were chopped in half, tweaked upward by a couple of percent under Clinton, tweaked down a couple  under Bush, with the effective corporate tax rates in America among the lowest in the entire world) Tom Perkins concludes he is facing a stretch in Dachau, while the rest of us standing on firmer terra believe he is more likely to overstuff himself to death on foie gras or be run over by his humongous yacht.

Credit Tom with the unintended contribution to egalitarianism he has made by demonstrating again beyond a shadow of a reasonable doubt that the ability to fatten a bank account is not inextricably linked to intelligence. Or sanity or morality. You don’t really need to trouble yourself pointing out he’s a deluded, elitist douchebag when he does the work for you.: “What I really think is, it should be like a corporation. You pay a million dollars in taxes, you get a million votes.”  So if we agree to replace “In God We Trust” on the currency with “Fuck Democracy” would that be the hankie you need to keep from fainting, Tom?

Of course, when billionaires get together they can get rowdy. Perkins was defended by real estate magnate and famous rich person Sam Zell. According to Zell, “The problem is that the world and this country should not talk about envy of the 1 percent. It should talk about emulating the 1 percent. The 1 percent work harder. The 1 percent are much bigger factors in all forms of our society.” Maybe I’m just way overly sensitive myself, but fellow 99-percenters, I don’t think the obscenely rich like us anymore.

This would be the same Sam Zell who borrowed a gazillion clams to buy the Tribune Company, the media conglomerate that owns the LA Times and the Chicago Tribune among other interests, saddling it with enormous debt, and subsequently mismanaging it into bankruptcy court within a year. Maybe you should work a little less hard, Sam.

As far as I can tell, highly paid CEOs inhabiting the one-percent are the only segment of the population grandly remunerated for job failure, poor work performance and diminishing assets. Bob Nardelli, the CEO who ran Home Depot, whose stock price fell by 40 percent under his leadership, while its competitor Lowes doubled its, left the job with a sendoff of $240 million. A fail that huge in an ordinary job gets you tossed out the door with nothing but your Skechers.

When it comes to working hard, I guess it depends on what your definition of “working” is. If we’re evaluating productivity and compensation, those fat cat opponents of the minimum wage who sit on corporate boards of directors for hundreds of thousands of dollars a year for the toil of attending several meetings in which they largely rubberstamp the decisions of their CEO pals, may not completely qualify as “working harder”. Perhaps it does in Sam’s world but it doesn’t in mine.

Maybe the Tom Perkins and Sam Zells of the world ought to shut the fuck up. You’re not making me feel bad about myself with your comments Tom, you’re turning me into a communist. And you know how communists handle plutocrats don’t you?