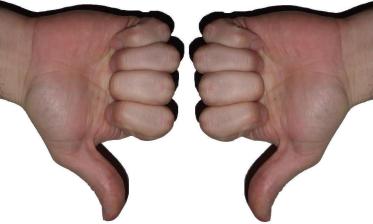 Here are several key facts of life to keep in mind as another year of American democracy sputters, coughs, belches, moans, skids, spins and jerks down the (crumbling) freeway to the bottomless pit:

Gunfire – Yesterday it was a school in New Mexico and a movie theater in Florida. America now has achieved its Manifest Destiny of expanding the free-fire zones of Vietnam from sea to shining sea in America. Going into the moral, intellectual and political failure of the American polity and the American people in the manifestation of this destiny is now too dismal and tedious to bother recounting without having several mini-strokes. In any case, we have remade ourselves in the image of National Rifle Association fanaticism, so button up the flak jacket and enjoy the ride.

Next on the NRA agenda: Cash prizes and the key to the city for every homicide you commit using a firearm. Fire away, patriots, in the name of our glorious, misconstrued, misunderstood and misbegotten Second Amendment.

Spying – Face it: the same people who tell you every excruciating detail of their lives on social media, or pant for the chance to exhibit themselves in all their petty splendor on reality television aren’t the same people who are going to run through the streets and surmount the barricades in defense of privacy. As a wise man once said, “Ain’t gonna happen.” Americans prefer security to privacy. Politicians know this. There’s squawking about invasiveness and overreach, but pure, unadulterated hell to pay for anything labeled a “terrorist attack” anywhere. My favorite part is that Americans believe their lives are too dull to fear their government’s spying on them, but still so important everybody wants to kill them. Cool, eh?

I’ve voluntarily bought myself one of them Orwell telescreens down at Best Buy, and situated it above my bed. For spite, I intend to do nothing 24 hours a day other than lie splayed there naked as I was born, except for a pinwheel hat and black socks. National Security Agency boys are free to watch my hair growing and my pores clogging.

Climate – Those graphs show a steady rise in global temperatures, but that snowman in your yard says, “No, no, no, I’m here to prove it ain’t so.”  Who you gonna believe? That this is an actual conundrum for some is only slightly better news than that on the right side of the spectrum the snowman wins the argument every time. You really can’t escape the thought that having created nuclear weaponry and managed somehow so far to avoid world-ending conflagration with it, we’ve decided now that the whole nuclear thing was a wasted opportunity to destroy ourselves, and climate denial is our second chance at human and planetary annihilation. Yay us. You know you’re lucky when you get a second chance at suicide. The petroleum industry, and the libertarian ideologues and Republican nuts surely are surpassing their other emphatic expressions of indifference, greed, mendacity and moral squalor on this one. But as with many other aspects of American life, we’ve let them.

The bad news is that human complacency, hubris, and negligence within the next several decades will render a world very near unlivable, violent and desperate if history is any guide. The good news is that with any luck I’ll be dead by then and maybe you too. Keep hope alive.

Porn – This has nothing to with the political outlook, but it should be obvious by now I long ago stopped caring. Let me say from the start that I am strongly pro-fornication, pro-sodomy, an advocate of any scrambling of genitalia, body parts, foreign objects, household products, small animals and pieces of furniture that ever crosses your mind. I deeply believe bodily fluids should be everyone’s cup of tea. However, my fear with pornification is that it will make sex as boring, imitative and unoriginal as everything else in American life. Let’s face it: we have a population that combines relentless impressionability with inherent sexual clumsiness. Now we’re leaching away the transgression too by “mainstreaming” every previously dirty, filthy move. So now to everything else in life that is scripted, copied, sampled and essentially artificial we must add screwing. This just can’t be how Al Goldstein’s beautiful dream was expected to turn out.

Along the same lines, and presumably because of pornification, everyone is required to shave from head to toe now in order to be considered remotely acceptable as a sexual being. Aesthetically, watching hairless extraterrestrials fornicating offers approximately the same pleasure as watching the puppet coitus in Team America: World Police.

Media Collapse – Thomas Jefferson said, “An enlightened citizenry is indispensable for the proper functioning of a republic.” So that explains it. I knew the republic couldn’t function its way out of a wet paper sack for some reason. Tom drones on a lot about education and enlightenment, but he never gets around to what happens when the Fourth Estate actually is making people dumber. I guess we can forgive him: he never met Rupert Murdoch and Roger Ailes. Or David Gregory.

Yes, it is inexcusable that an entire Right Wing Media Republican Industrial Complex is relentlessly huffing and puffing out misinformation, inaccuracy, fictionalized sets of facts and demented untruths. More inexcusable is that the rest of major media have all but allowed them to do it. So poor have the mainstream media been at the job of differentiating, distinguishing and insisting upon what is true in the purposely muddied waters, total failure now must be declared, a segment of the American population thoroughly beyond remediation, a permanent Confederacy of alternate reality inhabiting tools and fact-illiterate dunces, America’s bright, shining city on a hill overrun with functional dunderheads.

The intellectual autopsy report reveals the news media died from multiple causes: complacency, careerism, hubris, inertia, elitism, unoriginality and dumb and meretricious adherence to the “appearance of balance.”  But we’re all going to suffer the consequences, living out our long, benighted days in the United States of Bewilderment.

Corporations – I should say I hate being the bearer of bad tidings, but to tell you the truth I think I’m getting used to it. Which is good, because, you know that image you have of yourself as a free, autonomous individualist? It’s a mirage. The good news is that the value of the chemicals in your body has, due to inflation, risen from around 98 cents to anywhere from $4.50 to even as much as a couple of thousand dollars depending upon who is doing the calculating. The bad news is: the entire $4.50 belongs to corporate America.

It’s true that you have the choice of choosing among AT &T, Time Warner, Verizon, Charter and other media companies, which of them gets to squeeze your balls until you pass out. There’s the whole “going off the grid” thing if sitting in the forest or the back of a gas station whittling on a piece of wood is acceptable to you as an alternative to modern entertainment.

It’s true you have the option of choosing to go the uninsured route, in which case medical providers take everything you have until you’re patted on the head and declared bankrupt, the credit equivalent of tilt. Or, you can choose to pay insurers exorbitant insurance premiums until everything you own is depleted that way, which will only cease if some combination of sunlight and crosses keeps the Undead away from Obamacare.

Through deregulation, lax or nonexistent regulation, favorable tax laws, the obeisance of politicians of both political parties, and Supreme Court cuddling, corporate America retains an invincible economic and political superiority. Since corporate financial power increases corporate political power, which only further enhances corporate financial power…well, I think know what you have to look forward to. You don’t lose your citizenship under corporate hegemony anymore than your sex life disappears in the penitentiary. Think of your citizenship now as prison sex, and you ought to be just fine.

Voting – For Democrats, students, the young and minorities there won’t be any voting if Republicans get their way. Certainly this state of affairs is instructive to any who would overlook the importance, even the critical importance of state and local elections. It’s unclear how significant a dent Republican voter suppression in states governed entirely by Republicans will manage to put in turnout. What is clear is that Republicans have taken voter disenfranchisement as their lord and personal savior, that Republicans hate voting the way fungus hates disinfectant, the way cockroaches hate boric acid, the way the snake despises the mongoose, stink disdains deodorant, flame abhors wet, Satan execrates the Christ, and the minions of hell abominate the heavenly. I think I’ve made my point.

Female Reproduction – Republican males’ comprehension of female reproduction and their attitudes toward female reproductive rights may reside at such a medieval level of ignorance pornification is the only last hope. Birds as well as bees disavow any previous contact with Republican elected officials. The promiscuity of ignorant Republican commentary pertaining to sexuality is admittedly shocking.

The mystifying surge of antipathy among Republican politicians to contraception, in this the second decade of the 21st century is one of the stranger and more peculiar developments in the annals of cultural fundamentalism and teetering ideological sanity. Excoriating Planned Parenthood clinics as dens of iniquity while at the same time going full Draconian on abortion rights displays a level of dissonance in the brain in all likelihood medically relevant to their health providers, their defective relationship to the world around them perhaps symptomatic of an acute disorder of the somatic nervous system.

It’s clear Republicans have brought about their slew of new restrictions, harassments and assaults involving women’s reproductive rights with a conspicuous edge of animus, redolence of hostility and aura of the viciously punitive. At the same time, they do remain unfailingly solicitous toward the health of the male sexual apparatus, perhaps because it resembles a gun.

The verisimilitude Republicans bring to replicating the behavior and the demographics of the lynch mob in To Kill A Mockingbird remains a magnificent achievement in American politics. To the Republican ear, the observation that seldom has a bunch been so dedicated to doing so little for so many would sound truly Lincolnesque.

In fairness to Republican politicians, the constituency they must represent is relentlessly bitter, small-minded, petty, bigoted, stupid and entitled. And crazy. And they sure do serve them well. That people not only wrong, but operating almost entirely in bad faith will hold considerable power and significant influence over your life in the coming year ought to gunk up your crystal ball considerably. I’ve long ago stopped wondering whether Republicans adherence to the dark arts and operational amorality was the result of nature or nurture, while noting only their ability to dissimulate in front of a television camera is otherworldly impressive in a manner plainly in debt to Lucifer.

Expect the usual pattern of vehement and vitriolic criticism of every effort by others to improve health care, raise wages, improve the lot of the needy with nothing to offer in their place but silence and blank indifference, lower taxes for the rich and lower wages for the worker perhaps, as if we hadn’t had enough of that for thirty years or so.

If libertarianism-cum-feudalism, trickle-down-cum-ornery aristocratism, and proud Sharecropper capitalism will save the world Republicans are our guardian angels. Otherwise, aim for the nuts.