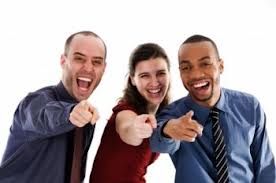 Who is worthy, who is a real American, who is a maker and who is a taker? Republicans have decided it is they who will answer for the rest of us these questions no one but them is asking, an exhibition of self-designated superiority that provides boundless amusement for all the rest of us who can cackle at the dearth of self-awareness that could cause these moral and intellectual underachievers to produce such a self-assessment.

Perhaps it’s just something about Ayn Rand, and the “magic” in her treatises and novels of transforming fawning over wealth into a school of philosophy, but one can only look at those who have fallen for it as the cruder organisms in the gene pool.

Our Republican residents of Olympus remain humiliatingly unmindful when it comes to recognizing that deification of the business class or glorification of the financial and capitalist precincts is more likely to reveal one as an innately mentally and emotionally limited philistine than a representative of a superior breed.

Likewise, only those imperceptive Republican allies of the capitalist nobility could be so inept at achieving what is a rather easy realization for the rest of us, that wielding political power in assistance to those wishing to restrict as much of the national wealth in as small a number of hands as possible makes one not an extoller of success but a flunky.

To the great satisfaction of many of us, these Republican representatives of American sublimity preach vainly and condescendingly about the disrepute, shortcomings and unworthiness of the down on their luck, without awareness that doing so exposes them as possessing perhaps the cheapest mettle, shoddiest caliber and basest character of which men and women are capable. How to explain such blunt lack of perspicacity, such a dulled reservoir of self-awareness? I don’t know. But perhaps we just sit back and allow ourselves to enjoy it.

In fact, the reward in exuberant mirth for the rest of us is not a small one by any means, allowed to relish the striking obliviousness with which those with a weakness for snotty, self-indulgent lectures to the unwashed and the unindoctrinated on moral virtue in capitalist America reveal their own natural crudeness and inherent parsimoniousness so conspicuously to a wide audience. Watching Republican politicians and professional rightist megaphones all but breathlessly inferring guilt on the basis of others’ level of suffering, one can find something almost touching about their naïve happiness identifying themselves as languishing at the bottom rung of Kohlberg’s six stages of moral development.

If you are, say, a Charles or David Koch spending large sums of money proselytizing for the persistent, unregulated discharge of substances harmful to health and environmental stability for the primary purpose of preserving and further engorging your citadel of mammon, the impression you make is not so much a valiant John Galt as a penny-grubbing Mr. Potter. Indeed, to be crassly self-interested to such a degree of unaccountability and social irresponsibility gets you only as far as stage two on Mr. Kohlberg’s morality scale, and while an accomplishment in comic villainy, it is largely an education into your glaring lack of value to your fellow man. For such gross misapprehension of Adam Smith’s Invisible Hand, you must sit in the corner adorned with the dunce cap while the rest of us snicker at your expense.

Perhaps more destructive to the Republican sense of superiority in the eyes of those of us who are among the merrily tittering witnesses, are the Republican politicians and elected officials doing the bidding of the Kochs of the world without the advantage of ownership of their vaults of riches, while sharing all the disadvantages of breathing the same air, abiding the same afflictions of climate change the rest of us do. Effective prostitution requires at minimum one get sufficiently paid, and a smattering of campaign contributions in exchange for making of fool of ones self denying science and haughtily sucking up to the Burgher elite places you among the deservedly ridiculed, not the credible proclaimers of who is deserving and who is not.

There is a bonus of especially exquisite schadenfreude that comes with watching a special Republican brand of moralizing chowderhead disparage the alleged sloth and missing fortitude of those collecting unemployment benefits, for which they have paid of course, stone ignorant apparently that according to the rules set out in unemployment law, none may qualify for unemployment benefits who have not been recently working. This magnitude of ignorance becomes something of a very huge wrecking ball demolishing your edifice of presumptive moral superiority.

We might perhaps reserve the designation “deadbeat” for those drawing government salaries as lawmakers while ignorant of American, ahem, laws. In fact, riding the high hobbyhorse while rallying for the demolition of safety net programs such as food stamps, unemployment and Social Security without grasping their manifest benefit and necessity to the nation’s economy, or how much wholesale damage reducing them inflicts on economic health, reveals one not as an expert on American success and American virtue, but as a cautionary tale in diminishing competence and the pitfalls of insufficient education.

Of course, I shouldn’t be too hard on these laughing stocks with the swelled heads and shrunken qualifications, but my own character flaws make me susceptible to laughing myself into life-threatening spasmodic seizures at humbugs preening as tribunes of the extra-worthy, despite my desire to be a better person.