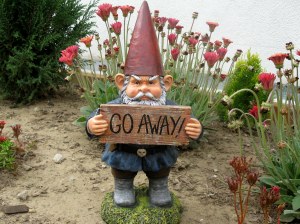 I don’t know why women think they’re so special all of the sudden. Yes, there’s a Republican war on them, but then there has been for some time. Republicans have hated everybody else for years too. Or just about everybody. If you’re an evangelical oil company executive with an impressive gun collection they’ll kiss you on the mouth. But for everyone else things are always iffy.

To say Republicans now have a rigid, ideologically narrow vision of America has the novelty of announcing that text-messaging is a popular form of communication. But Republicans’ vision has become so narrow, refined down to such pinpoint focus, their enemies list lengthened to such an extent that you are the rarest exception if you benefit from their proposals or you are excluded from their hot wrath.

But on the outside chance no one has been noticing how vigilantly they have been sustaining their cherished animosities (and serious they are about total ideological domination of the land) they have taken the opportunity since their electoral gains at the state and federal level in 2010 to all but chase after segments of the populace with baseball bats, passing repressive and draconian anti-immigrant laws, attempting to eviscerate labor unions and humiliate government workers including teachers, cops and firefighters; and of course, going medieval on access to abortion and even contraception. When there’s an attack on the 20th Century it’s hard to keep from getting hit, which women of every political stripe now are figuring out (assuming they hadn’t already).

Helpfully, the Koch brothers -funded, corporate booty fueled ALEC writes one-size-fits-all legislation for the fashionable reactionary legislator who can introduce it with nary a comma changed. These laws may allocate to a speck of fetal goo the same rights as a hedge fund manager, or make gunning someone down at the bowling alley a public service if they were perceived as being a threat; or steal away public employees’ promised pensions.

But just because they don’t publically single you out for scorn doesn’t mean they still don’t have it in for your sorry, no-good ass. The assault on the middle class is broad, from a gleam in their eye to privatize (Translation: defenestrate) Medicare and Social Security insurance programs to axing tuition grants for higher education to drying up public spending on bridges and highways or for temporary assistance such as unemployment insurance they’re going to find a way to get you. The Ryan budget plan endorsed by House Republicans and Republican presidential candidates really is the perfect Declaration of War for the Republican war on everybody. You could call it the Feudalism Recovery Act or the American Restoration of the Aristocracy Act. In any case, the 17th Century never felt so fresh.

If not everybody, then at least a significant number of Americans have figured it out: when Republicans propose a never ending series of tax cuts for the wealthy as far as the eye can see, one of three things is sure to happen: everybody else is going to need to pick up the slack; there’s going to be a humongous deficit; or a lot of government functions and government initiatives most in the middle class cherish or depend upon, including  public investment  in the national economy and the nation’s quality of life are going the way of Spaghetti Western villains.

Republicans have fallen so in love with the one percent, in fact fallen into such full adoration of them they now imbue them with every sublime virtue known to humankind, the same schoolboy crush Paul Ryan retains for Ayn Rand. Otherwise, they seem to have made the decision that everyone not already a Republican or a Republican with the far right views that dominate the party now should just stay the hell away.

If you’re not a member of ACORN or a patient of Planned Parenthood or identified with the Democratic Party, or you’re not a pointy headed academic or maybe Sandra Fluke or a welfare queen then Rush Limbaugh and Reince Priebus will get around to throwing up all over you eventually. As far as Republicans are concerned, if you’re black, Latino, gay, a single female or a union worker you’re an interest group they’ve written off and said good riddance to long ago. Who’s left? In the next few election cycles we’re going to find out.

But in the meantime, get the hell out of their yard…before they shoot you.