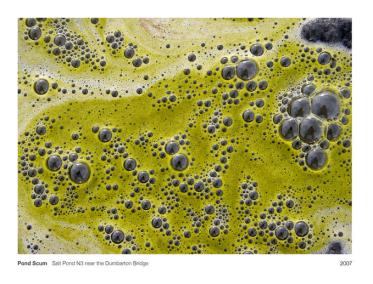 The Rick Perry-Michele Bachmann death cage match for the title of King or Queen Dufus of Republican presidential candidates continues at a hot, bloody pace. Bachmann however, having set the industry standard for utter batshit was more or less in form over the weekend rather than excelling to newer heights.  Claiming God sent Irene to convey a message to us about the size of government is fairly pedestrian fare now for Our Lady of Perpetual Nuts.

Rhinestone Rick on the other hand continues to operate under the apparent illusion that if he were to win out in the Republican primaries no additional elections would lie ahead, and he forthwith would proceed directly to Inauguration Day.  Otherwise, one suspects Perry, on the basis of his approach so far does not believe recording devices or print and digital apparatus exists to provide general election voters a steady stream of the inanities and glib, right-field crank’s radicalism gushing out of his mouth.

He displayed his usual breathtaking repertoire of ignorance over the last several days in an impressive variety of subjects. In the classic modern Republican vein of stigmatizing and demonizing both programs providing and people needing assistance, he laid into the devilry of food stamps. Both as an expression of pinched humanity and defunct political brains, assailing food stamps precisely at the time more than 14 million Americans are out of work and hanging on for dear life, or have been mostly or completely disenfranchised by the Great Recession, is clearly strongly competitive for a Darwin Award.

Hoping, one assumes, to fortify his standing as nowhere near the proverbial clue regarding basic economics, Perry responded to a statement by Agriculture Secretary Tom Vilsack to the effect that food stamps are aiding an ailing economy by contributing purchasing power to ravaged Americans, by saying, “Food stamps are not a solution, they are a symbol of the problem.”  No, Gomer, they’re not. As Mr. Vilsack knows, money in the hands of people short on money is quickly and inevitably spent, meaning a direct and indisputable positive effect on the larger economy.

Rhinestone Rick’s newsiest dumb boilerplate over the weekend was his dishing of the popular meme in Republican Land, and attention-grabbing dog whistle for the tried and true, that Social Security is “a Ponzi Scheme,” a description Republican types think is the cleverest thing to come along since Benny Hill. Perry took it to Perryish heights of inanity, adding that Social Security is a “monstrous lie,” qualifying immediately for the Kettle Decrying Blackness trophy this month.

On the literal level, Perry, like the rest of rank and file wingnuttery, doesn’t know what a Ponzi Scheme is. Otherwise he would know that a Ponzi scheme is designed to fail, which is how those designing it eventually make their score. Social Security is in fact exactly the opposite, a program designed like all public and private insurance programs to operate in perpetuity. According to the view of Perry and his base, all programs private or public that collect money from younger workers or healthy participants to be paid out when sick or retired from the work force are Ponzi schemes. The Republican base swats away informed thought like big, Texas-sized flies.

Unfortunately for the witless Perry, even among what otherwise might be the Teabagger and Republican base millions have paid into and in fact depend upon Social Security and Medicare, and come election time, may let the fear of God, or shall we say fear of Rick become persuasive in how they cast their votes. It is hard to know whether Perry suffers from the sort of parochialism that would make him think everybody feels the same, encased in his daily life cocoon of red state red meat; or whether it’s just the customary effort at keeping pace with the Republican acceleration toward the rightward cliffs.

For the record, as those less fallen in moral or evolutionary terms tend to be aware, the Social Security Trust fund has been running an enormous surplus for many a decade now, loaning money to the general treasury, the payroll taxes of middle-class Americans providing this supply of revenue, which by the way, is a considerable factor in keeping taxes so low for those at higher levels. Furthermore, with no alteration whatsoever, Social Security will pay benefits in full to recipients until 2042 at least. At or before them, a minor tweak can correct the temporary bump in the road, whether by raising the income cap on the payroll tax, or another adjustment.

So it’s important to remember that when Perry repeats his own monstrous lies about Social Security, that like Bachmann, he’s a congenital liar with a monstrously fat head.