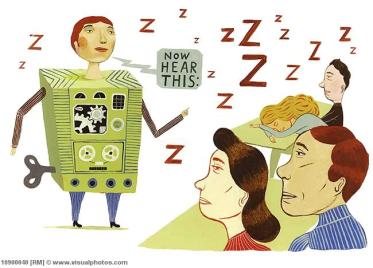 As a somewhat exemplary exponent of eccentricity, the aberrational and the outré, it is indeed sad commentary when I am forced to reflect that the craziness of today’s politics has rendered it entirely boring. Of course, there is a place for everything, and in the way that with many areas of life crazy will enliven the tedious and enhance interest, the converse is somewhat true in politics, where correspondence to philosophical, intellectual and practical terra firma, and a basic level of depth are requirements for mental stimulation.

This of course is the maximum distance one may credibly travel into the writing of such a commentary before mentioning the names Sarah Palin and Michelle Bachman. Nevertheless, the two of them no longer are other than elevated name recognition examples of what is pervasive, rather than noteworthy, albeit alarming pioneers of the politically ascendant feeble-minded.

I am of the persuasion, one perhaps now simply quaint, that the more intellectually vigorous and overtly consequential matters able to attain or to hold ground in the forefront of daily life, the richer it is. As theatrical, bombastic, slick and conniving as American politics has inevitably been, there remained a fundamental level of competence, historical intelligence, credibility and placement in the world of material fact to give it import, as well as actual interest. Its encompassing usurpation by the purely carnival, has leached it of both its seriousness and its intellectual engagement, even as unfortunately, the stakes remain as high as ever.

Rather than some redeeming addition of spectacle of the Vegas variety, this is spectacle of the evangelical crusade variety, a hard sell of the supernatural and frenzied, faith-intoxicated conviction replacing persuasion as the result of rational discourse or immersion in empirical and concrete factuality: basic knowledge.

While it is deflating enough that evaporation of minimal standards of intellectual depth, fundamental knowledge and sound mind allow the cuckoo-ocracy like the Palins and Bachmans to be declared viable and legitimate candidates for higher office, worse is the meretricious media that has both accommodated and exploited this slide, their culpability in the ill-informed and cultist demeanor of the electorate profound.

The convergence of big money, available for the purpose of omnipresent propaganda in our campaigns, with the “democratization” of information communication, to the point that one source is qualitatively indistinguishable from any other for a significant number of Americans, lends the entire proceeding a squalid stupidity and dim, reality show taint. Which is why the Palins and the Bachmans suddenly are so appropriately suited. When the uninformed and fantastically crazy enter the market in the abeyance of adequate quality control, and sales go remarkably well, naturally enough those selling will only continue to sell, ,and to sell harder. A craven, supine and accommodating media are the invaluable asset.

The poorly plotted and badly presented fiction of debt ceiling and budget crises bandied by conventional wisdom-parroting punditocracy (Welcome to the “serious” Sunday news shows) leaves one weeping tepid tears of boredom. While it is not of interest to everyone, nor has it ever been nor should it need to be, the interaction and intermingling of economics, government, culture, social progress and problem solving united under the broader generic of American politics, has for many for a considerable amount of time been a source of genuine fascination, and on some level, meaningful engagement.

Aside from the ramifications for the nation of a banal politics and the ensuing dullness of political discourse decoupled from rationality, gravity and sense, of the political stage overrun by greasy thespians, second-rate hams and novelty acts, ruining the good name of craziness is a matter about which I intend to be largely unforgiving.