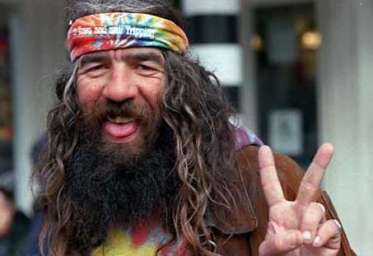 It is not without precedent that Republican posturing on national defense has made a rapid mutation into skeptical umbrage at military action, due to pure, unadulterated antagonism for a Democratic president, or with the goal of a political benefit.

Bill Clinton’s anti-terror legislation and executive branch initiated anti-terror initiatives consistently faced strident opposition from the Republican-held congress, despite later faux anti-terror hawkishness; as did Clinton’s military efforts to stop genocide in the Balkans, not to mention the continuation of the Bush initiated mission in Somalia after the Blackhawk Down incident.

But after a decade of vociferous Republican, “you’re with us or you’re against us,” “criticizing the war rationale is questioning the troops and putting them in danger,” or “it is unpatriotic to question or criticize the Commander-in-Chief in matters of foreign policy,” mantras, the disingenuousness of the latest version of opportunistic pacifism has to be worthy of a major award, perhaps a Nobel Prize for achievement in the quantum physics of unconvincing position-swiveling.

Boehner, and his Republican colleagues in the House of Representatives passed themselves a resolution expressing how terribly distressed and upset and out-of-sorts and oh so mentally and morally troubled they were that the president was involving in very limited fashion, US resources in the NATO operation backing the Libyan rebels, without following the strictest conceivable interpretation of the 1975 War Powers Act , legislation which presidents of both parties have cheerfully ignored since its original passage.

Of course, if a Republican currently were president the rebels in Libya would be described as, “freedom-fighters,” failure to support the mission designated as Chamberlain-like appeasement, and the name of the falafel would be changed to a Liberty Sandwich just to piss off those who are against us and not with us, and to celebrate those who are with us but not against us.

Obama will be giving a speech twenty or thirty minutes from now regarding his plans to begin the gradual withdrawal of troops from Afghanistan. I’m expecting Republicans to attempt to simultaneously accuse the president of unconditional surrender, of a war-mongering policy keeping troops in Afghanistan at all, and to reassert their delicate sensitivity to the letter of the War Powers Act, contorting themselves like Romanian Olympic gymnasts. Perhaps the official Republican rebuttal to the speech will be delivered by Goldilocks, who will declare that “this policy is tooooooooo hard, and this policy is tooooooooo soft.”

It’s not that I’m saying Republicans these days are a lot of fully discredited, chameleon-like, charade-playing, opportunistic weasels who don’t give a sincere damn about the economy or our foreign policy. Okay, maybe I am.