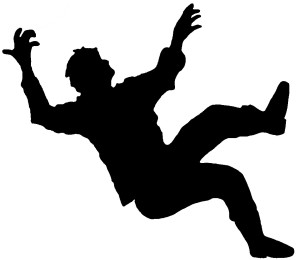 It’s one thing for Republicans to harbor ideological loathing and almost personal resentment, along with a persisting death wish for Medicare for almost fifty years. And when rank and file Republicans and conservatives discuss Social Security and Medicare outside of the political process they regularly refer to them as blights, ideological abominations (SOCIALISM!) and contrary both to fact and majority opinion, as failures.  But it’s another thing when Republican politicians get so tipsy on their misreading of 2010 election results, so convinced by the fervor inside their ideological media bubble that the world is with them, that they forthrightly offer a plan that guts the program.

Republicans never get it through their combed-over heads, that while Americans responding in polls to vague abstractions like “big” government or “wasteful” government or government “spending” will declare they don’t want anything too big or too wasteful or too exorbitant, they view most programs that comprise the actual safety net quite favorably, and in some cases, such as with Medicare and Social Security, actually cherish them.

And there’s a reason the last three Republican presidents were big talkers about reducing the size of government, yet left office with it essentially the same size, and never laid a hand on valued programs: the politics of doing  so was too forbidding, and they feared having their heads handed to them by American voters.

Of course, there’s a new breed of Republican in Washington now, simultaneously ideologically kooky and callow, and while they are carrying forward the deepest wishes of their frenzied base (re-branded the “Tea Party”) and full of righteous conviction clearly, as we witnessed in the election in New York – 26, where Kathy Hochul’s victory saw the Republican candidate finishing twenty or thirty points below customary finishes for Republicans in this massively Republican district, their plan to wax Medicare  is a political Doomsday Machine.

Of all the times for Republicans to yield to their inner, unrestrained ideological wild side, they couldn’t have picked a worse one. Americans are suffering from deep economic insecurity, having been pounded senseless by a combination of recession, joblessness and rising health and energy costs. Seniors, in particular, and those not all that far away from retirement age are scared to death. A report just released by AARP found that one quarter or older workers were forced to go through their entire retirement savings during this past recession. 12.4 % of people fifty or older lost their health insurance, and 49% said they delayed medical or dental problems because of financial troubles. 31.5% said they began collecting Social Security benefits earlier than they had planned.

So here comes Ryan’s Express, with its brave new world of $15, 000 vouchers instead of guaranteed coverage under Medicare, tossing seniors into the sky-high and rapacious private insurance market where, if anyone actually will insure them at that age, they’ll pay more than 6,000 additional dollars a year on health care according to the Congressional Budget Office. How exactly retired people no longer earning income or able to work will cough up this extra coin apparently did not trouble the ideologically rigid brow of Paul Ryan, nor give pause to fellow Republicans who followed him to the political gallows by voting for his plan with great hoopla and fanfare. Still got that Tea Party swagger, fellows?

If the big thinkers in the Republican Party convinced themselves Americans would fail to notice that a budget plan gutting Medicare also retained lavish and expensive tax cuts for the wealthiest Americans, enduring subsidies and incentives for the oil industry, and didn’t muss the hair of Defense spending, boy were they wrong.

Just in time for the off and running 2012 election cycle, Republicans have made a strong, public declaration of just how out of touch they are, how their ideologically hermetic lifestyle has made them oblivious both to the concerns of their fellow citizens and their abiding views regarding the role government plays in their lives, and the degree to which they value it. Excellent timing, indeed.