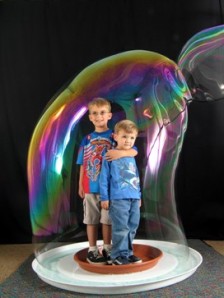 If the law currently moving through the Tennessee senate that prohibits references in classrooms to homosexuality were a one of a kind knockoff, that would be one thing. A very ridiculous and surely idiotic thing guaranteed to make a laughing stock out of Tennessee, or at least out of its legislature’s Republican majority. But unfortunately, it falls into the broader conservative effort to supplant corporeal reality and material fact with a mixture of ideological reality, myth, egregiously revisionist history and sheer fantasy.

Not that there’s anything wrong with that, at least if it is regarded as a political, cultural form of self-medicating, which is what it appears to be. This need for escape into a bubble of alternate reality has until now largely been the preserve of conservative media, the talk-tv apparatus in which the right-leaning may ensconce themselves without danger of assault by information offensive to strict conservative political correctness. Now, as a slew of radical measures are introduced by newly conservative Visigoths in the various states, the umbrella of a protective fantasyland is being extended by dictate of state law.

Even for those so adamant in opposition to changing cultural and legal views pertaining to gays, or no matter how deeply prejudiced or intensely hostile toward them, it goes without saying that pretending to children that homosexuality simply doesn’t exist, or refusing to offer a basic explanation of what it is in an educational setting with children up to twelve or thirteen years old is a profound exercise in denial, foisting on children an ignorance or misunderstanding adults have determined is preferable either for the children, the adults or both.

At a time when one of science’s great theoretical breakthroughs, and one of its most compelling explanations of biological life and human development has been systematically demonized and all but dismissesd, while becoming a candidate for expunging from the basic public school curriculum out of some misguided sense of religious purity, or political or ideological expedience, such actions as the ongoing one in Tennessee (of all places, what with Scopes and all) is to be expected.

What kind of world are these proponents of an alternate reality bubble seeking to create? Well, it’s one in which it is believed government in the 21st century may return to its 18th century size, one in which  businesses and capital and markets determine political, culture and moral conditions, and the intrusion of other values is not welcome; it is a world in which religious, political and economic dogma supersede science, material fact, sound economics, practicality, common sense and historical evidence. This is a world where Sharia Law is an imminent threat, climate change a mere rumor spread by socialist media and corrupt scientists. This is a world in which the initiatives and guarantees of the modern welfare state can be extirpated without need of consideration of the exigencies that brought them into existence to begin with, or the reality of those exigencies return once the slate has been wiped clean

If you’ve ever watched a film or a documentary depicting a historical time and place where shocking things took place, where societies were bewilderingly, in retrospect, transformed on the basis of ideas it seems inconceivable an entire society could have adopted or endorsed,  and you’re prompted to wonder how could people have believed such things, how could an entire society have allowed such things to happen, well, perhaps you’re now seeing exactly how societies will ease into such a state of extremity, how it actually transacts in real, contemporaneous time.

Maybe that’s a far-fetched interpretation, maybe too great a leap to conclusions and perhaps much too dire a historical analogy. But you do have to ask yourself if you would have believed, say ten years or more ago, what would pass for reality and acceptable ideas among sizeable segments of America in the year 2011.