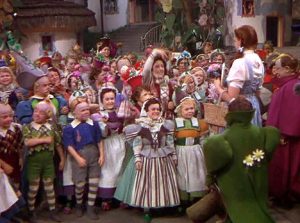 Ron Paul, Rand Paul, Paul Ryan…members of the Rand cult all seem to share the same names. So where the hell is Paul Rand?

And Ryan Rand, your country needs you.

If you’re over 21 and still yammering on about Ayn Rand, family and friends need to intervene quickly, lest you become one of those maladjusted cranks who end up sputtering off in the local op-ed page twice a week braying that mooching scum and the United Nations are destroying America’s fiber, fiber clearly being a daily issue with this particular demographic. And of course without the proper intervention our at-risk youth could find himself all not grown up and elected to congress from a red state.

Let’s be thankful that unlike Ayn Rand, most failed Hollywood actresses and screenwriters don’t bitterly respond as she did, by creating hateful, half-baked philosophies destined to take advantage of impressionable youth. Most Hollywood writers who suffer the same rejection as she end up doing the honorable thing: getting and staying drunk.

Dividing the world into the productive cream and the ring-around-the tub proles seems distinctively un-American in my view, though the cultists and self-identified uber patriots inspired by Rand have soaked that view up. It’s neither a coincidence nor a hard to pin down connection that all the Rands and Pauls advocate policies designed to coddle the wealthy, and bless possession of most of the treasure the nation produces in the hands of the nation’s upper brackets, while seeking demolishment of the programs constructed to sustain and empower the middle class, in the cultists’ view, inappropriately coddling the dispensable and hapless drones.

Her “genius” was to put a coat of paint over mercantilism, aristocracy and feudalism, tweak it with some Nietzsche and call it: Objectivism. “Wowee,” exclaimed generations of conservative youngins.

The Munchkins seem convinced that trodding in the Great Lady’s path makes them a cheerleader squad for rah-rah super-duper capitalism. Unfortunately for the faithful what Rand conjured up and marketed so adroitly has little to with the original capitalism theorized by the Enlightenment figures who did the formative thinking on the subject.

And in fact, it has nothing to do with the American model of capitalism, which empowers working people, turning them into hearty consumers who fuel the economic engine. The post-war, New Deal transformed period of several decades with its high marginal taxes on the wealthiest and burgeoning safety net, built the largest middle class in human history. Rand’s “philosophy,” though it appeals to myriad prejudices has it ass-backwards economically. Letting the godly, worthy wealthy luxuriate in the tubs of gold that are their presumed birthright, and allowing the worker bees and less fortunate to sack out in the shanties they presumably deserve too, means your consumer economy (America’s is seventy to eighty percent consumer-driven) flattens like a bad cake.

Of course, today’s Galts (John Galt is the hero figure in Rand’s agitprop soap, Atlas Shrugged) have found their loophole: ship the jobs overseas and sell to overseas consumers, enjoy the defense apparatus here in America and the divinely low tax responsibility and never have to give a thought to those pesky American worker bees again.

But though the nation’s policies, driven by the rapidly Republican-conquering, ultra-radicalized right since the Reagan era have continued to move in that direction, it’s not clear Americans will allow the trend to persist without eventually stepping in; though up until now, Republicans, with their propaganda domination and racial, religious and cultural appeals have managed to keep enough ordinary Americans voting against their economic self-interest to retain sufficient electoral power to keep the operation going, whomever the president might be as we are currently witnessing. Such dubious appeals and low ball huckstering are what a political party and a political movement must resort to when economic history clarifies that low taxes and small government, contrary to the conservative mantra have diddly to with economic prosperity in America.

Though the Rand, Ryan, Paul holy trinity and its trinket philosophy are determined to up the ante now, we’ll have to hope, and I believe we may see that they and their zealotry are their own worst enemies. The Republican establishment for decades has managed to keep these radical goals mostly on the hush-hush, selling the small government, low taxes generalities without the grisly details of what it would mean for Americans when taken to the absolutist ends the party’s base would like…and clearly intend.

Now Americans are seeing the naked details: an end to Social Security, Medicare, investment in training and education, the scuttling of programs that make attending college feasible for middle-class kids, tax consideration for working families with children, oversight and regulation that have protected Americans’ health, safety and finances from abuses as much as possible…in other words, everything Americans have done through their government for seventy or so years to build and sustain the middle class.

So while the Ryans and Rands and Pauls will sound the false alarm that debt and deficit are boogies at the nation’s doorstep at this very second, if allowed, they will quickly down-size, divvy up and sell off America’s government in a transaction that will further empower the health insurance industry especially, and corporate America generally.

But Americans may be getting a glimpse of what Randian utopianism looks like in reality: a fading modern industrial nation with a third-world-sized government and a banana republic social structure. If Americans let that happen, one hopes they won’t be expecting any fair shakes from the masters up at the hacienda.