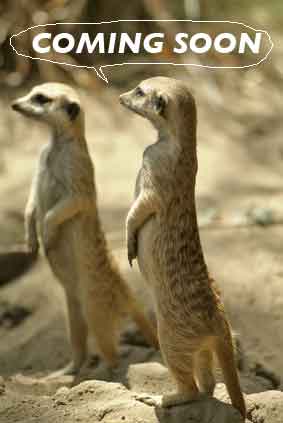 When the Great Misfortune struck back in the year 2000, and an unsuspecting and undeserving nation was afflicted with the maledictory rule of George W. Bush, it wasn’t really fair, in both the human sense and the democratic sense. Bush came to office legally; but he certainly wasn’t elected: call it a legal coup. Those maligned exit polls turned out to be correct: Al Gore received the most votes in Florida, just as he did in the national popular vote.

Recounts confirmed that in addition to thousands of undervotes (the machinery failed to detect the vote that was there) there were many thousands of legitimate overvotes (ballots on which a voter marks the ballot and in addition writes the candidate’s name) that should have been counted and weren’t, though they still would have been had the Supreme Court not kaboshed the recount. If you throw in the botched ballots that shouldn’t have been counted yet clearly indicated a preference for Al Gore Florida wasn’t especially close, at least to the extent the expressed will of the people is concerned. Of course, timing is everything: the consortium conducting the recount had its result days after 9-11, major media outlets either minimizing or all but burying the story, a concerted and conscious effort to refrain from undermining the legitimacy of a new president while the nation was tense and raw from being attacked.

No such mitigating circumstance exists this time. Press coverage of the current election cycle is the predictable and soporific stew of polls and pundits, presumably two presidential candidates vying for the presidency and the two political parties competing for power across the land. Slightly beneath the surface or perhaps occasionally off to the side, anywhere but in the foreground where it belongs is the monumental development:  seriously loony people are trying to take the country over, and attempting to do so using manifestly undemocratic and un-American methods: another legal coup.

Having observed America’s young and minorities inundate the polling places to elect Obama, Republicans asked the expected question: no, not, “How can we broaden our appeal to more Americans?” but “How can we stop large swaths of the population likely hostile to our increasing radicalism from making it into a voting booth?” Hence, Republican-controlled state governments launched their flurry of voter suppression measures, all manner of obstacles to voting for targeted demographic groups introduced, passed and signed.

Florida, fearing no amount of irony has been the very worst. Send 180,000 Democrats letters declaring them non-citizens (180,000 non citizens managed to register to vote?) forcing them to PROVE their citizenship in order to remain on voter rolls. Those who fail to respond to the letter are simply purged. I ask this in all seriousness: what’s next? I also ask this in all seriousness: what does it take to get the major media organs in this country to take a hold of this like the extraordinarily consequential story it is? This is about as close to authoritarian usurpation of the democratic franchise as one can get without physically threatening harm to potential voters or members of the opposing party. Again, what’s next?

One would like to avoid getting all Weimar and Christopher Isherwood, but unfortunately, it is time for getting all Weimar and Christopher Isherwood. Better before than after to wake up and ask, “How could such unsound and dangerous and destructive people ever get control of a modern democracy?” Typically the latter would be the simultaneous Newsweek and Time covers after the fact.  How unsound is this radicalized segment seeking control? Mike Lofgren, who resigned after 30 years as a Republican staffer on Capitol Hill published an essay in which he recounted the radicalism that drove him away

“To those millions of Americans who have finally begun paying attention to politics and watched with exasperation the tragicomedy of the debt ceiling extension, it may have come as a shock that the Republican Party is so full of lunatics. To be sure, the party, like any political party on earth, has always had its share of crackpots, like Robert K. Dornan or William E. Dannemeyer. But the crackpot outliers of two decades ago have become the vital center today: Steve King, Michele Bachman (now a leading presidential candidate as well), Paul Broun, Patrick McHenry, Virginia Foxx, Louie Gohmert, Allen West. The Congressional directory now reads like a casebook of lunacy. It was this cast of characters and the pernicious ideas they represent that impelled me to end a nearly 30-year career as a professional staff member on Capitol Hill.

“It should have been evident to clear-eyed observers that the Republican Party is becoming less and less like a traditional political party in a representative democracy and becoming more like an apocalyptic cult or one of the intensely ideological authoritarian parties of 20th century Europe. This trend has several implications, none of them pleasant.”

In his essay, Lofgren included the following quote from John Judis of The New Republic, offering his own assessment of the current Republican Party:

“Over the last four decades, the Republican Party has transformed from a loyal opposition into an insurrectionary party that flouts the law when it is in the majority and threatens disorder when it is the minority. It is the party of Watergate and Iran-Contra, but also of the government shutdown in 1995 and the impeachment trial of 1999. If there is an earlier American precedent for today’s Republican Party, it is the antebellum Southern Democrats of John Calhoun who threatened to nullify, or disregard, federal legislation they objected to and who later led the fight to secede from the union over slavery.”

And of course the conservative SCOTUS that was such a sound investment in the year 2000 gave Republicans their money’s worth in the Citizens United case, guaranteeing that what voter suppression cannot manage, a billion dollars worth of television propaganda paid for by anonymous donations from corporations and the very wealthy can.  For anyone seeking a persuasive answer to the question, “How could such unsound and dangerous and destructive people ever get control of a modern democracy?” these are two of the ways: suppress the vote and buy it.

One of those not really a secret secrets as closely held as Lindsay likes to party is that while public birther activism is confined to a relative fringe it is a welcome and essential component to the wider Republican insurrection. There’s a Grand Canyon’s worth of difference obviously between John Boehner or Mitch McConnell offering up the customarily cutesy pie, “I take the president at this word,” non-affirming affirmation of the president’s citizenship, and behaving morally and patriotically, which means denouncing an assault on the president’s legitimacy emphatically as the sickness it is, a racist and un-American plague. From Boehner you get, “It’s not my job to tell the American people what to think.”  Well okay, then it is MY job to tell them what to think. And I’m telling them that burrowing rodents such as John Boehner and Mitch McConnell and Reince Priebus are unworthy of American citizenship, moral eunuchs fit to be flung from polite society, much less political leadership. And I’m going to do everything I can to see that it happens.

In the meantime it is important to remember that most of America has no use for these atavistic kooks when it learns what they’re really up to. Which is why your modern Republican Party is all shadows and ducking and winks and weasel words. The plan to dismantle Social Security is The Plan to Save Social Security because they don’t actually have the balls to tell America what they really believe and what they really want. And what cannot be accomplished forthrightly can be accomplished otherwise is virtually the Republican motto of the last thirty years. These rich folks funneling in the money are delicate flowers, if truth be told, the Captains of Industry and Finance are rather publically shy and they run like tiny spiders when the light exposes their dirty work.

In fact, outlawing unions, sanctifying corporations, rejecting ideologically inappropriate scientific or economic research and conclusions to the point of excising them from school textbooks: you really do have something from mid-Twentieth Century Europe. And history tells us you can end up living under it if you’re not careful. And if the media you depend upon has the energy of noodle soup and the fortitude of dandelions.