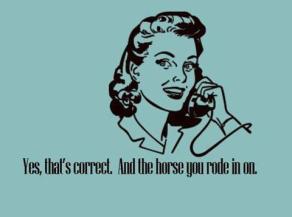 If, after nearly a year of Republican politics, from their Stars of the Mental Ward primaries to Mitt Romney’s Nixon redux cavalcade of relentless dishonesty you feel as though you have been washed over by a bacterium-rich soup of slime, then I share your feelings. If it won’t be ending after Election Day at least the tide will ebb, especially if President Obama defenestrates the grubby, integrity-free aristocrat Mitt Romney. The House of Representatives’ enduring Republican majority will guarantee its shelves are completely stocked with crazy.

Perhaps never before, at least in modern times has America’s abscessed one-percent and primitive ideologues, with their economic feudalism and cultural totalitarianism displayed such open contempt for America’s ordinary citizens and for the democratic ideal itself.  The Romney campaign’s stated derision of facts and its prevarication about its opposition and about itself, lying with an arrogance and an aura of unaccountability approaching joie de vivre, surely is historic for its stabbing of fingers directly into eyes of the voter, objective arbiters of reality and truth itself.

Shady and weasely plutocrats like the Koch Brothers hunkering in the shadows throwing wads of money into the political process while hiding behind their rocks typifies the right-wing’s descent into the politics of creepy. Other decrepit bags of dirty money toting the same primordial political views have done the same.  Republicans, who have long relied upon the “southern strategy” (translation: appeals to overt and latent racism in pockets of the electorate) outdid themselves again, stupidly accusing the president of Kenyan birth, throwing at him manifestly un-clever racist smears like “food stamp president” and depraved racist falsehoods about the Obama administration’s actions with regard to welfare…a truly seamy performance.

Perhaps most un-American of Republicans’ swan dives into the gutter is the concerted campaign of voter suppression all across the country, legalistic scheming designed to prevent Americans from casting their vote or their vote from counting. This exercise in de-facto authoritarianism begs to be addressed by a federalizing of all election laws that safeguards every American’s access to the voting booth, no matter what sort of morally defective charlatans take up residence in a state legislature or governor’s mansion. Indeed, these Republicans are cowards, who cower in the face of a fully enfranchised and fully participatory electorate the way snails recoil at a box of Morton’s.

Of course to this morally blinkered and benighted bunch little is sacred, including Americans’ most basic American right, all being fair in love, war, politics and business (given all this, one might deduce these are all-around unscrupulous people) despite their cynically theatrical “love of country” and monstrous hypocrisy about American values. In fact, they seem to regard America now the way European colonialists regarded conquered territory, a land rich in resources ripe to be exploited and a population of primitive savages easily quelled.

And there’s no better way than casting a vote to tell them: Fuck you and the horse you rode in on.