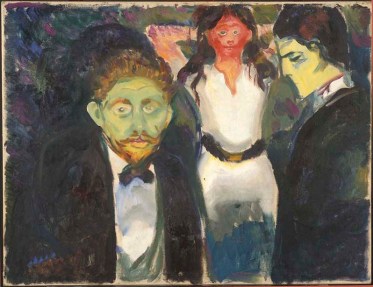 Woody Allen once said that the only thing he would change if he could live his life over again is that he would be another person. This seems to be Mitt Romney’s pitch to voters about his political life. Whether Woody or Mitt is kidding the most is anyone’s guess. But if there is any such thing as a “real Mitt Romney” he’s in witness protection somewhere in Arizona eating ketchup and noodles for spaghetti (See: Goodfellas).

One should be acutely nauseated at the sight of a man as morally and intellectually hollow, as mendaciously cynical as Mitt Romney within reach of being elected to the presidency of the United States, as one should be desperately thirsty for strong cocktails of Imodium observing an American presidential election during which such a man is subjected to no discernible sanction for his vacancy or abject lying, during which his record, political history and character remain largely uninspected by a significant enough swath of the American electorate to make him electorally viable.

But there are worse problems, one of them that this nightmare of bad character will be, if elected  president further empowering a party of nearly bottomless radicalism that already has stymied the nation’s progress and prosperity and making it all but a Luddite outlier among modern nations in many respects. Media and other elites seem listlessly removed from the possibility of the  US fully in the grip of such radicalism, lulled by career, cozy contentment and elite detachment from the real potential consequences (going to the brink of national default relative child’s play) or from the times in a previous century when nations seemingly sleep-walked into the grips of destructive governance. Call me Cassandra, but I will continue to say it strikes  me as eerie.

While president Obama remains the electoral college favorite, the very fact that a Mitt Romney could be so close,  be seriously (I use that word advisedly) considered for this office is a testament to a national state of grievous malediction. It indicates the triumph of conservatism’s forty year campaign for a post-factual world where propaganda supplants the real, where the Republican courtship of the low information voter is fully consummated. Indeed, this election would seem to have turned on the whims of a sliver of low information voters who pay glancing attention to politics and current events for 364 days a year, and in typical American fashion make their decision for president based on a single television show, in this case the political version of a very special American Idol.

What a world it is where the suggestion is not greeted with a great massive national guffaw and peptic revolt that America’s problem is that there are not enough ships for the Navy, yet too many investments in the middle class and the public domain and its infrastructure; where  too much burden bedevils the wealthy, but not enough falls upon the slackerly 47 percent of Americans. Don’t be ashamed to reach for your airsick bag, friends.