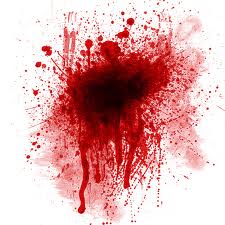 By now, when gun carnage befalls America, America has a ready response: clichés. At this point the only rare occurrence in the home of the brave is sensible violence, whatever the hell that is, ascribing the mayhem to senselessness the principal requirement for moving on. And move on we always do, no longer bothering even with half-hearted or symbolic attempts to change.

My long held view has been that in the name of as much freedom as reasonably or in this case unreasonably possible individual gun ownership should be a right in America. However, our current Supreme Court’s break with hundreds of years of precedent notwithstanding, historical scholarship and a reading of the Second Amendment itself absent the effort to corrupt its syntax make it clear enough that individual gun ownership is not a constitutionally protected right, though nothing in the Constitution prohibits legislation legalizing gun possession.

Of course we have the most promiscuous gun culture anywhere in the world, gun prevalence and ease of legal acquisition of weaponry and ammunition producing the logical result: more gun violence, and more deadly violence. As has been pointed out elsewhere James Holmes could not have stabbed 71 people in a matter of minutes in an Aurora, Colorado theater, nor clubbed 71 people nor harmed so many so seriously and so quickly with any other method than the one he used: gunfire, in this case the automatic kind, the method of choice for gangs, psycho killers and bank robbers these days.

It’s not simply our violence that is senseless, but our politics and the condition of our culture and perhaps our national intelligence, since in the midst of all America’s dysfunction gun violence is a problem we can actually mitigate. But on a practical level we cannot have sensible gun policies for the same reason we cannot have the sensible health care system or modernized infrastructure other modern democracies have, or sensible financial or environmental regulation: the power, radicalism, intransigence, and nihilism of an ultra-right Republican Party.

The NRA has so much blood on its hands nothing short of severing them would take the blood away. Along with National Rifle Association fanaticism, treachery and mendacity, along with American gun mythology and Republican demagoguery and ideological exoticism we have Democratic resignation, unassertiveness and cowardice standing in the way of rational gun policies. I’m unconvinced a majority of Americans do not favor and will not support sensible gun laws. However circumventing the tipping of the democratic scales by the NRA and other moneyed crazies demands making use of the referendum process rather than the legislative one.

Indeed, as extreme, unreasonable, irrational and defiant of scientific and economic verities and expertise, not to mention common sense as the Republican right has become on climate science, science generally, taxes and inequality, or you name it, so it has become on guns and violence. In the era of birtherism and legally sanctioned, in fact legally encouraged militarization of the population, when silly ass people go about hypothesizing rising up with guns against the most powerful military in the world belonging to a democratic nation for political reasons as justification for gun saturation, America is left with an endangered public square, with slaughter now as regular and mundane as traffic accidents.