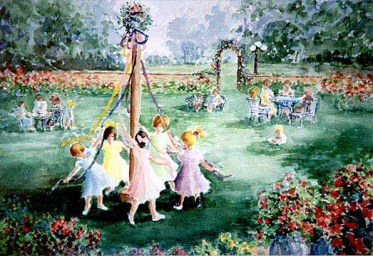 In a different world, one with vastly more intellectual integrity in its public discourse and perhaps a less entitled and less avaricious class of financial elites than our own; one perhaps where journalistic values still predominate in journalism and one of the major political parties hasn’t flipped its wig and fallen in love with feudalism it may not be necessary to conduct general strikes and stage protests simply to bring the most basic truths and exigent realities into the light of day. But we are not in that world, there is little doubt.

And of course bogging down the flow of traffic and commerce in major cities has the potential to aggravate and alienate as many Americans either experiencing it directly or viewing it on their televisions as it does to spark an awakening to the compelling issues motivating all the mayhem. Indeed, riling up commuters, many of them working class themselves by adding another dollop of struggle to a day already weighted with plenty is the proverbial crap shoot.

Many Americans are so preoccupied with the smaller picture with which they are confronted on a daily basis that getting a really good look at the larger picture is fraught and stubbornly problematic. This isn’t simply unfortunate: it is actually tragic in a democracy where practically speaking, the well-being of the broader public essentially is dependent upon an informed electorate. This struggle to capably understand has always given a great advantage to the prevaricators and unashamed misleaders, those who view it all as simply a ruthless game or a Darwinian scrum sans the niceties of civilization. Yes, as moral philosophy this is utter shit. But it all but sums up the Republican end of the spectrum now.

So we have our Occupiers and our May Days or our anything we can think of just to attempt to scratch the surface of the workaday for most Americans, of our not particularly intrepid and not particularly effective media, of the dissimulation machinery thriving on the right. And what is undeniably truthy is that over several decades Americans have been increasingly productive, have continued to expand American GDP, even though the rewards have accrued to only a few; that over several decades wages have stood still; that taxes are historically low for the wealthy and corporations; that American government and American public investment are undeniably small in comparison to modern democracies in the first world; that middle class security has been whittled away from pensions to reliable, affordable health care to adequate home insurance; that predatory banking and finance and real estate have operated under the weakest of regulatory regimes, and have brought the world economy to its knees. And none of this is simply accidental.

The truth is that the corporate and financial sectors and the Republican Party and its economic policies have gotten away with murder. The influence of power and money in our democracy is all but hegemonic and there are only so many opportunities left to break the death grip. May Days and occupations would appear to be among those remaining opportunities to at least begin the process of restoring a modicum of decency, fairness and rationality to American economic and political life. More power to them.