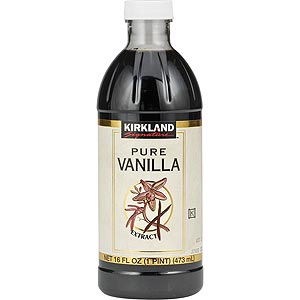 Simi Valley has strong credentials as a not entirely innocuous white bread suburb, having let off the cops who beat Rodney King to within an inch of irreversible brain damage, and more impressive, hosting Ronald Reagan’s presidential library. This is a town tailor made for a Republican presidential debate if ever one was. As a resident of southern California I can attest that a visit to Simi Valley meets every expectation.

So did last night’s Republican presidential debate, offering the customary display of Republican diversity: several middle-aged white as rice right-wingers, an inscrutable, eccentric black Republican (surely a tautology, that) and a representative of the Martian demographic in Michele Bachmann.

Naturally, and as expected, the candidates, with the exception of course of Mr. Huntsman all came out swinging hard at the modern world. Science took a lot of jabs in the face, climatology taking a severe beating, cancer prevention attacked with brutal ferocity, and poor Galileo having his biography mucked up by a bewildered dunderhead from the state of Texas.

Thirty to forty minutes in, there was a critical drain on the power grid supplying clown, dummy and non compos mentis metaphors, observers rushing to use them all at the same time. Ron Paul struck gold with the psychiatrically dissociative response to a question about border fences, saying, “Every time you think about the fence, think about the fences being used against us, keeping us in.”A hotline for reporting dangerously paranoid libertarians was called by a responsible party, and Mr. Paul was last seen fleeing men in starched white uniforms and white shoes.

In a stirring demonstration of camaraderie and group prevarication, all of them claimed, against mighty, easily accessible empirical evidence that Social Security is on the brink of death, a claim true only if this were 2041, and in a replay of the Republican Hari-Kari drama on a national default, Republicans held their breath and turned blue rather than make the minor changes necessary to keep benefits at 100% in perpetuity. However, this being the Republican parallel universe, the imminent collapse of Social Security is true as gravity.

Also expectedly, Rhinestone Rick Perry walked away easily with the night’s award for Head Most Stuffed with Fecal Matter by accusing the president of “abject” lying about the level of crime in cities near the southern border, shortly after which a virtual planet of news services and astute commentators verified it as an abjectly false accusation itself.  As for Rick, a lower quality of human being one rarely glimpses in public life.

Maybe it was all just cautionary theater, making the point that one of these fools theoretically could become the president of the United States, and designed to dissuade undocumented immigrants from bothering to enter the country, to ease economic competitors’ minds that we are any longer a threat of any kind or just to scare competent citizens out of the country before election time. In any case, it’s going to be a long year.