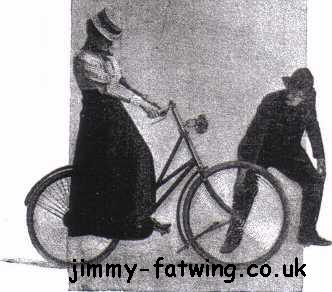 When Rush Limbaugh said around the time of Obama’s inauguration that he was hoping for President Obama’s failure, regardless that it was a facile comment mostly designed to keep his dependable cultists steamed, it was also quite revealing in a way the witless Rush surely never intended. There was much commentary noting that wishing for Obama to fail was wishing for the country to fail, since the former was dependent upon the latter. That much is true; but the unsaid part of it is that Rush was hoping beyond hope that liberal policies and a Democratic agenda would fail. As Rush  knows, those policies and that agenda have a glowing record of success over the last seventy years or so. And no doubt Limbaugh was expressing his acute anxiety that this adeptness of liberal policy would be reaffirmed once more. This was a particularly troublesome anxiety in the wake of the spectacular failure of conservative policies of the previous eight years. And clearly Republicans in congress did everything humanly possible to prevent those liberal policies, and that Democratic agenda from even being enacted,or enacted in full.

The success and wide public embrace of New Deal and later liberal approaches to addressing abiding problems in the United States has rankled the right for many decades, a seething anger one has no difficulty spotting, conspicuous in the demeanor and rhetoric of conservative politicians and activists, overflowing from popular media outlets on the right, and glaringly visible in public gatherings of the ultra-right, “Tea Party” rallies in other words.

Republicans have had many chances to whack away at Social Security and Medicare during three conservative Republican administrations. They haven’t; and they haven’t because the political costs were too dear: the public supports the programs and understands the programs are effective. In fact Republicans in all three administrations started out talking tough about the awful evils of government programs, but in the end balked at damaging programs the middle-class benefitted from and appreciated. The best Republicans could do was to stigmatize the poor, and to relentlessly demonize poverty programs in hopes of lifting some of the painful tax burden on the wealthy of contributing to the mitigation of poverty through American government action. Republicans still looked to many voters like political trolls for slamming Head Start and school lunches, particularly during the Reagan recession.

Conservatives in the Thirties weren’t distressed by the enormous poverty rate for senior citizens, so now with their even more radicalized progeny fully in control of the Republican Party, how distressed would they be about a return to previous levels? And of course, in the Thirties families with two working parents were rare, meaning an adult child often was available to care for an aging parent. Those days are long gone.

Republicans fought against the poverty programs of the Sixties. The fight was accompanied by the lie that conservatives felt badly enough about poverty, but their opposition was based upon ideological principle only. Anyone over the age of seven understood that had Republicans found poverty to be a disturbing and compelling problem they would have decried it as such along the way, and offered their own initiatives to address it. They didn’t.

So, with no stomach for reducing the safety net when in control of government, if one is possessed of radical opposition to modern government, the only strategy left is to attack it when largely out of power, and to attack it on the basis of its purported costs or alleged unaffordability.

And of course Republican presidents and congresses provided the unaffordability. That’s your “starve the beast” stratagem in action: spend all the money and blow up the deficit while holding power, followed by crocodile tears about debt and the unaffordability of programs when you are out of power.

This time around, with the Republican Party fully in the grip of a combination of what in former times was the John Birch Society, and Libertarian and Ayn Rand-inspired crackpots, taking the nation’s and in all likelihood the world’s economy hostage is the next step in the long campaign to extort what they have been unable to achieve, and do not have the cojones to achieve in the full daylight of our political democracy: and that is to condemn these programs on their own merits or provable lack of merit, to demonstrate in the public forum that they are too costly or inefficient, and call outright for their destruction.

And they can’t do it. Both Medicare and Social Security are highly effective at doing exactly what they are designed to do, and highly efficient, having less administrative overhead than private insurance companies and most businesses. Look what happened to Republicans in 2005 when the gambit was to “privatize” Social Security: it was a political rout, and they were not the ones doing the routing.

In fact, Social Security long has retained a substantial surplus. For anyone who bothers to look at the list of the American treasury’s current creditors, the Social Security trust fund is at the top of the list. It has been loaning the rest of the government  money forever. And this is a program paid for on the backs of middle and working class Americans, for whom the regressive payroll taxes that provide the program’s revenues are the major bite out of their taxable income. In other words, Social Security is such a successful program because of them, not because of the wealthy. So, not only does the program meet critical needs for America’s elderly,it subsidizes the rest of government, meaning the Defense Department, tax cuts for the wealthy, lower income taxes overall, agricultural and oil subsidies, and business and corporate incentives generally, and anything else, from its own surplus. Kind of hard to hold up a program for ridicule when you are borrowing money from it, isn’t it?

And of course, letting the Bush tax cuts expire would cut the current deficit completely in half. Were deficit reduction really Republicans’ salient, driving concern they would have allowed the cuts to expire when they were due for expiration, returning rates to levels at which the greatest economic boom in decades occurred during the Clinton administration.. But deficit reduction never was the goal. Common sense makes it clear eventually that when three successive Republican presidents leave three successive enormous budget deficits, that is fairly indicative that Republicans are hardly lying awake a night with visceral anguish over budget deficits. I don’t know how it could be any clearer.

Republicans know the Bush administration and his congressional Republican enablers caused the latest deficit: the numbers are indisputable. But it doesn’t matter. And they don’t care. It’s another opportunity for a flanking attack aimed at destruction of the American safety net, a set of programs that has embittered this grudging, ever-resentful ideologically and intellectually bankrupt segment of America for a long time.