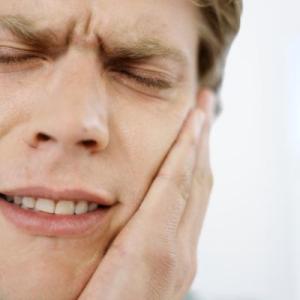 I confess to not knowing whether television news and the punditocracy generally attract individuals with a kind of Xerox personality prone to mimicry, following the leader, staying in the groove, hewing to the conventional narrative, or otherwise practicing a craft as though sworn into a club that requires members to behave exactly the same and to share only a uniform message universally adopted by the membership; or, whether the profession of being a pundit or a television news host has the insidious effect on its practitioners of molding them into interchangeable parts, indistinguishable cogs, narrowly self limiting and acutely self-conscious pros: lazy, blandly careerist dull parrots.

This question of the chicken or the bore occurred to me today hearing various pundits or hosts announce that the Weiner hoo-hah is “drowning out” other issues and Democratic priorities. What they really meant but did not say of course (and one wonders if they are even as much as aware of it at this point) is that they, members of the media have chosen to cover this story to the exclusion of other issues, to milk it at the expense of all else.

The expression of these canned assessments occurs in such a manner that the “drowning” is referred to as though it were imposed by a higher power, a manifestation of god’s will or the result of a meteorological imperative like lightening or rain. This drowning power works of course through its lowly servant the pundit or host, who merely channels the power’s will, conveying the message to the rest that this Weinergate has been sent to the Earth from the clouds or higher, has fallen upon the airwaves, and all living things thusly shall drown.

A tiny voice of skepticism within me however, I am ashamed to say, wonders if perhaps this drowning by Weinergate does not originate with the media itself, with motivations, not entirely, or god forbid, not at all news related. Some dark part of me wonders if perhaps many if not most or our media outlets would not in fact prefer to cover stories such as Weinergate any day of the week rather than other issues. But since it would be well beyond the pale to suggest the possibility mere commercial considerations may have produced this terrible and devastating tsunami we are calling Weinergate, and the many fatalities attendant to its brutal drowning force, I cannot bring myself to suggest it.