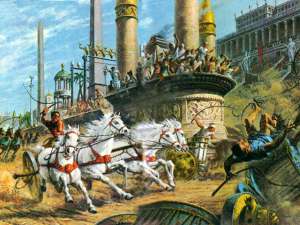 Finally, it’s over. The cultural equivalent of a Jerry Lewis Telethon with genitalia and cybersex finally has reached its inevitable climax. Was it good for you? As you’re sucking in your post-coital Marlboro let me just ask: how improved do you expect your lot in life will be with Anthony Weiner no longer serving in Congress? And how long before you will know? Don’t expect the ringmasters of Washington’s political, governmental and media infrastructure responsible for bringing you this latest gaudy Roman Circus to ask those questions now.

I search my mental Rolodex for the appropriate music behind the final credits for this After Dark epic of CNN soft core. Morrison’s “The End” has now been used to death. “Love Bomb” by Grinderman would dwarf the quality of all that has just preceded, leaving me with only “She Don’t Use Jelly” by the Flaming Lips, if only because it sounds like something coming out of the mouth of an aroused Washingtonian.

So now that everyone in Washington has varnished his or her reputation for conventional moral shock and awe, when is someone going to get down from their high hobbyhorse and find one of the 13.9 million Americans out of work an actual job? It sure as hell won’t be anybody in the Republican Party. The bankers are working, hedge fund bonuses are back, oil profits are sky high, unions are under attack, median family income is stuck in the mud, schizophrenic muttering is socially and politically acceptable as political speech now and forever, and Republicans never gave a damn about working people or jobs in their benighted history anyhow: so they’re approaching Nirvana.

And it won’t be Obama either at the rate he’s going, acting as though he has no choice but to follow the nationally suicidal and nihilistic zeitgeist set by his Republican peers. If he continues to pretend he cannot so much as look in the direction of a stimulus plan he’s going to be looking for work himself.  I do not want to hear the word bi-partisanship for the rest of my natural born, highly superficial life. Bi-partisanship is deader than Tupac, and it gave us much less when it was still alive.

I’m as lazy as the next Irish drunk but even I get upset when the infrastructure is collapsing, workers are idle, the old and the poor are inconvenient and disposable, the nation is falling rapidly behind the first world and even the second in health care, academics, economic growth and middle class ascension. We’re stagnant, inert, unserious, regressive, Ludditte and ironically of course, impotent.

The best thing about Anthony Weiner was that he went at that Republican Psychogarchy whose political purchasing power and philosophy have ruled the land like a Ketamine-dosed gargoyle for several decades now with a ferocity that not only was refreshing and uplifting, but absolutely necessary when so many other Democrats, typically, have been too genteel, hyper-rational, self-conscious or unwilling or unable  to fight for their own endangered lives…and worse, fight for what is sane, and more importantly, right. So in honor of the congressman’s service, and in celebration of the welcome end to the erotic movie dud of all time,  I’ll have a stiff drink, while sexting myself until my Seattle coed, blackjack-dealing dream girl comes along.