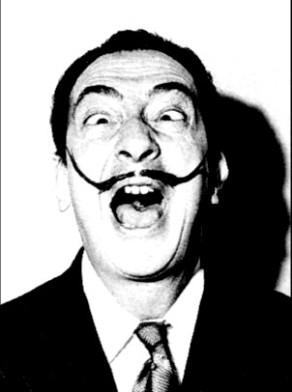 If your life has been so grand of late the only thing keeping you awake at night is pondering whether there is a way to tie together television show Mad Men, H.G. Well’s Time Machine and the Trayvon Martin case, tonight you will sleep the deep sleep of Sopranos hunka fish food Big Pussy Bonpensiero.

Mad Men creator and show Svengali Matthew Weiner (who wrote for the Sopranos back in the day) has said the repeated line of dialogue, “When are things going to get back to normal?” will be the refrain that ties the current season together. His insistence there is relevance to current times is persuasive. While the Sixties were famously tumultuous they ushered in changes both salutary and dark. The question Americans are pervasively likely to ask now is something along the lines, “Are things ever going to get back to not completely sucking?” Regrettably, the answer is likely no.

Americans preoccupied with that salient question aren’t funked up about the chaos of change, but with the inescapable stench of rot, America moving past stagnation only through the active process of decomposing, a Pyrrhic victory if ever there was one. The nation isn’t fractious to the point of dysfunction; it’s fractious to the point of barely being a nation.  The place is held together by an emulsion of habit, myth, self delusion, disassociation and Apple products.

If you had any residual hope for one nation under God, Man or Spaghetti Monster the free-fire zone that the Trayvon Martin case of all things has now become should drown it for good, its message literally written on the wall in 28 Days Later, “the end is fucking nigh.” You thought perhaps all-encompassing national remorse for the gunning down of an innocent adolescent child was all but certain here, a rare, unified, even tender American moment, and now you know. We’re past that too, the right having taken up George Zimmerman as a cudgel to defend racial suspicion, general paranoia and the sanctified place of the gun and its public use in the American landscape.

If you ask most Americans what they know of Dodd-Frank they will tell you in all likelihood Dodd Stadium sells a terrific hot dog from everything they hear. But they have a very good sense of the ethical gangrene in the financial, banking and corporate sector, and that it’s surely well beyond repair. Americans are pretty clear that big companies no longer aspire to make or sell great products for their loyal customers, and to make a healthy profit, but have moved on to juicing the price of shares and fuel-injecting bonuses, never to return.

Still, average Americans would be shocked and appalled to the point of projectile vomiting if they knew in detail what anyone with either direct familiarity or indirect familiarity through reading, study or research knows about the financial and banking sectors, Big Oil, or big anything, which is that in these rarified zones of wealth production ethics and contemporary morals are viewed with pure contempt, as quaint pedestrian tchotchkes kept by lesser beings. Americans understand they are taken for saps and being treated as saps, even if they often don’t appear motivated to do a hell of a lot about it.

While one may bring a variety of interpretations to the dynamics between the Morlocks and the Eloi in H. G. Wells’ Time Machine, these days it’s hard not to picture the Morlocks as the one-percenters and the Eloi as the ninety-nine. The Morlocks are hairy and ugly and have a lot of Id, live underground with the technology and education, while the Eloi live placidly above ground up until the moment the Morlocks decide it’s time to eat them. The Morlocks are sort of the ultimate dominators of the means of production, the Eloi provided for on a basic level, and mostly free of important responsibility till the dinner bell rings, serving as nutrition the worst form of exploitation I can think of just now.

The Occupy movement is a hopeful sign the Eloi may roust themselves out of their almost totally solidified feudalist plight before the concrete has had a chance to  harden fully, though it had better strike fast again while the iron remains a little warm.  The sense many Americans have that the country has gotten away from the rest of us, perhaps for good, is approaching resignation. Much of the political class and a majority of the Supreme Court are in the bag without embarrassment now for our new corrupt pantheon. The press isn’t a lot of help either, most days telling us repeatedly the water is wet, or that the sun is either cold or hot depending upon whom you ask, though tipping their hand would be considered imbalanced.

Large businesses and corporations that run the country are global now, and no longer bother giving so much as a superficial flip about the United States, or about the public good even for show. Though there isn’t much broad civilization or wide prosperity without a vibrant, active government dedicated and investing in them, one of America’s two political parties has decided broad civilization and wide prosperity aren’t among its priorities. The fact that one third of the country, the American right is  non compos mentis looks like an insurmountable problem barring a Road to Damascus moment or a selective flood.

We can’t even manage to resolve that science is real and evolution settled theory in the Year of our Lord 2012. So anyone expecting modernization or progress in infrastructure, health care or education, or expecting we will fend off the worst repercussions of climate change in time should drop them before they make a fool of themselves. Obama remains hope I can still believe in, hope that at least as long as he’s around the Morlocks won’t serve me up with capers and Béarnaise sauce.