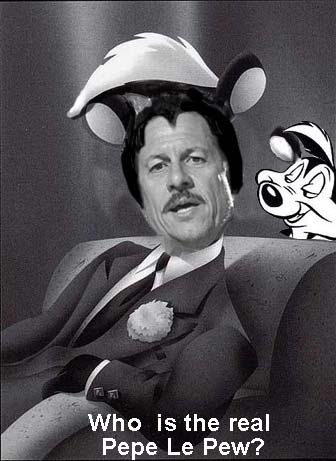 Republicans typically dwell in some combination of antiquity and mythological Candy Land, their long, loving gaze often coming to rest on the pre-Enlightenment era and the pre-capitalist days of feudal economic structures and aristocratic hegemony. Ayn Rand tried to gussy them up for a newer time with her Objectivist philosophy, but only adolescents and screwballs really buy it (including numerous Republican members of congress).

So when Senate Minority Leader and oratorical lightning bolt Mitch McConnell attempts to lay it on President Obama by charging that the Affordable Care Act is the first step toward “Europeanizing America” one wonders whether the last he heard about Europe was the big war that reduced the place to rubble, or perhaps given the degree to which Republicans inhabit the olden days of the earlier war of the 14th Century when the French subsisted on an exclusive diet of turnips. One of Republicans’ most desperate requirements continues to be that those low information voters upon whom they depend never figure out what modern Europe is like.

Of course when the epidemic of malpractice and criminality on the part of America’s real estate and financial sectors spread throughout the world it crippled Europe the same as it crippled us. Unfortunately, most European countries responded by adopting Republican economics, Europe Americanizing itself in the worst way.  The Bizarro World economic response to recession of obsessing about debt and cutting spending rather than stimulating first and cutting later has made austerity about as popular among citizens of Europe as Eva Braun. Republican economics have Europe stuck in a muck of stagnation, recession and joblessness that make America’s current economic conditions look scintillating by comparison.

But McConnell lapsed into a perhaps medically dangerous seizure of irony when he attempted to condemn Obamacare through association with the mythically dystopian Europe Republican brains have been trapped in for several decades now. This would be in contrast to the actual Europe, where quality of life in innumerable key areas has become superior to ours, due in large part to a pragmatic, realistic addressing of contemporary problems across the ideological spectrum, absent any equivalent of our uniquely influential, zany dogmatic weirdos on the Luddite right.

Americans understand that during Republicans’ joint control of congress and the executive branch no health reform was put forward, no proposals to end the moral abomination and economically crippling  persistence of millions uninsured, of skyrocketing medical costs and exorbitant premiums, of a national epidemic of bankruptcies due to medical bills were proffered. Republicans’ irresponsibility and immoral indifference to Americans’ health are now so far beyond the pale and past the point of moral defensibility, so defiant to common sense and societal efficiency for a modern nation Republicans should refrain from comment on the subject out of simple common decency.   Sadly, the Teabagger Republican Party and common decency went their separate ways years ago.

For the record though, if Obama is Europeanizing America I’d prefer he did it a little faster.