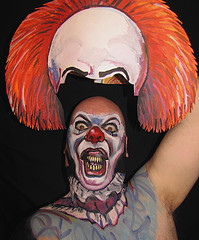 If there’s one thing we know for sure, to mangle Humphrey Bogart horribly, it is that nutty Republican anger amounts to a giant hill of beans in this crazy world. So the round of wig-flipping that greeted the high court decision upholding health reform, coupled with yesterday’s en masse sticking out of Republican tongues at Eric Holder completed for Republicans what Trapper John McIntyre would describe as “a well-rounded day of insanity.” And yes, it’s true: you can’t find a Trapper and Bogie reference in a single sentence just anywhere.

Language coming from Republicans that is factually dead-on-arrival, inflammatory and psychiatric is now so routine that if they ceased spewing it we would worry that they were dreadfully under the weather. The somewhat mundane and predictable finding that the individual mandate is constitutional under Congress’s power to tax caused one Republican to de-friend both the Chief Justice and America herself, another to compare the ruling to 9-11, and a prominent radio blowhard to accuse the Chief Justice both of having epilepsy and of being deranged from the medication prescribed to treat it, though Roberts doesn’t have epilepsy, so naturally doesn’t take the medication for it. Admittedly these are petty technicalities in Republican World, so I apologize for dragging tedious accuracy along to the party with me.

Sarah Palin reacted to the ruling by raising the horrifying prospect of waking up one day being unable to recognize where one is. I would think Sarah Palin would be well used to that sensation by now. It is most assuredly difficult to remain gracious in victory knowing the other side had marshaled an army of mouthpieces in front of the Court yesterday coiled to spring to microphones and to go atomically obnoxious gloating, declaring Obama illegitimate and un-American while cackling at the sight of millions of deadbeats losing their newly acquired health coverage. So I’ll forfeit any claim to graciousness and help myself to another scoop of schadenfreude at their expense.

The other news in Republican batshittery yesterday was the Republican House of Representatives voting to hold Attorney General Holder in contempt for no other reason than to well, express contempt. As laid out in such exquisite detail in a brilliant investigative piece in Fortune Magazine, ATF agents were desperately attempting to seize weapons and to arrest arms traders but were continually stifled and stymied at every turn by federal prosecutors claiming no amount of evidence or grounds were sufficient given Republican success at diluting gun laws to the point of being useless. One crazy agent did, unknown to immediate superiors much less the agency itself or the Justice Department let some guns “walk,” in other words be sold, then followed to see where they ended up.  This was of course the opposite of the agency’s agenda and done in defiance of policy, and of course in secret. Pointing out this had nothing whatsoever to do with Eric Holder is just another of those clearly unnecessarily fastidious technicalities, and I apologize once more.

I don’t know what we’re going to do with these people, frankly. They can’t keep embarrassing us as a nation like this. I’d say deport them, but deportation seems to be out of favor at the moment. Thanks a lot Obama.