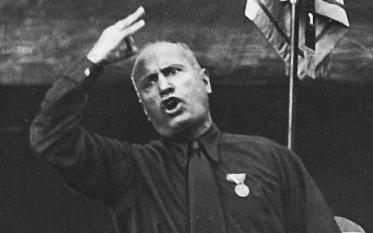 Encountering his bulbous noggin overtaking a television screen again is a little like the channel surfing equivalent of landing on a nature show about giant, prehistoric reptiles. Once observed, you can only say, “Too late, I’ve seen it now.”

Out pitching his book, which I cannot imagine anyone reading unless as a manual for serial lying, genocidal imperialism or creative hunting of game, he’s the same pompous bag of wet brownies he always was: a massive ego inflated with helium rather than any record of accomplishment (as Vice-President, he set a record for the number of times a public official could be completely wrong). The man who predicted Iraqis would welcome Americans as liberators with flowers in the streets just months prior to a conflagration of secular mayhem and full insurgency in a de-facto civil war, says now that the Iraq war was “sound policy.” That’s the historical equivalent of saying the sailing of the Titanic was sound seafaring. Leave it to Dick.

He’s still less a person than he is a corporation impersonating a human being. The lies roll off his tongue with the adroitness of a seasoned corporate flack or hard sell marketing pro. His true career has been a junkie’s pursuit of second-hand power, a petty man deriving power from the government or corporation for whom he worked. It’s borrowed, not real. Out of power as CEO or government figure, he’s only little fat man with a tale to tell (though he’s a little gaunt these days)

He still mendaciously claims the 16 famous words in the UN speech about Saddam’s purported attempt to purchase yellowcake uranium from Niger is true, still claiming it to be so because British intelligence said it was. This despite the exhaustively publicized fact that the documents upon which British intelligence made this claim were forged, and that every American intelligence service, and all foreign ones other than Britain’s told the administration at the time it wasn’t true. True? “Is that a word?” Dick would say.

He still makes the claim that information coming from American intelligence about WMD’s was faulty, rather than admit what likewise has been widely acknowledged by most participants at this point, which is that the office of the Vice-President had intelligence funneled through it before it could reach congress, or the President, for that matter, ensuring that only redacted and selectively misleading intelligence concealing the correct assessments was ever seen.

And he’s still lying like a snake about purported connections between al-Qaeda and the government of Saddam Hussein, a contention disproved by every intelligence agency in the world, its debunking a major finding in the report of the bi-partisan 9-11 Commission. Does any of that matter to Dick? Are you kidding?

His greasiness about the Valerie Plame affair remains as slimy as ever. He yammers on about Richard Armitage at the State Department being the person to reveal the name of Valerie Plame to Robert Novak, who eventually published it. The fact that he personally provided her name, after receiving it from a source at CIA, to Scooter Libby, Karl Rove and everyone else under the Washington sun in order to out her to half of the Washington press corps, which they did, is conveniently absent his recollection. They had no need to reveal her name because Novak already had of course. This purposeful effort to treasonously reveal the identity of a covert operative as political revenge for her husband putting the lie to the Niger claims in a New York Times editorial remains one of the most vicious, harmful, un-American actions ever committed by an occupant of the executive branch.

On the level of pure nausea, it’s hard to beat Cheney’s continued advocacy of torture, his false claim that it contributed valuable intelligence, and his generally false claim that torture works. Interrogators have specifically refuted the former claim and generally refute the latter. He insists, with the same demented rigidity and steely dishonesty that waterboarding is not torture, though the Geneva Conventions, and every nation in the world including ours has classified it as such.

He’s busily telling interviewers the appropriate fib for everything he’s asked by interviewers on national television, blithely untroubled that he is perceived as the John Wayne Gacy of American politics, fatuously pretending someone in the audience reveres him as a serious or authoritative figure or actually believes a single world he says. He can hawk his revisionism and his lingering falsehoods, but history will record a conclusion that he and the policies he created and advocated, not to mention the claims he used to sell them,  were respectively, dead wrong and manifestly deceitful. No amount of hard sell or defiant lying will change what will remain in the history books as long as history books exist (I’m assuming the Tea Party could come to power any minute)

Iraq will be regarded in perpetuity as one of America’s greatest foreign policy blunders, strategically failed (it served the purposes of al-Qaeda to a tee) while bleeding the American treasury, over-extending the military and needlessly exposing the limits of American power.

Unfortunately, Interpol has issued a warrant for his arrest for an international bribery scheme that preceded his executive branch gig, meaning we’re stuck with him on American soil until he finally has the Mother of all myocardial infarctions.

I hope he lives forever. As long as he does, all the rest of us will seem like Vatican-certified saints.