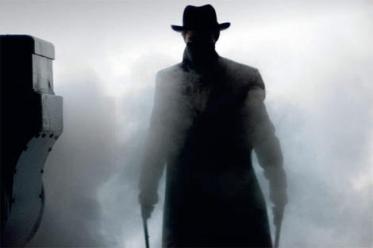 Mitt Romney and his presidential aspirations were stalked and finally gunned down Tuesday night by a fusillade of banal posturing emanating from his own foolishly smirking face. Taunted by President Obama days earlier as “new to foreign policy,” he tried to retaliate by bounding in front of reporters in fully resplendent chicken hawk garb and clucked himself out of a new job.

If his earlier Overseas Inadvertently Insult the Allies Tour failed to convince of his foreign policy callowness and ineptness this performance did the trick. Clearly this man should be no closer to the inside of the White House than the paid tour of the place allows.

It would be reasonable to ask if this vapid, amoral, empty suit even knows himself why he is running for the office of President of the United States. Yes, some sort of keen yet nebulous ambition lurks in the man and seems to drive him. But Mitt Romney does for ambition something akin to what spirochetes do for fucking.

In fact (and his performance Tuesday and Wednesday offered proof of why) scientists are having trouble finding a measuring device capable of making measurements so infinitesimal that it can accurately measure the character of Mitt Romney. If he and Nixon were the only two candidates for beatification, we soon would be introduced to St. Dick.

It takes a real amateur and a certain kind of weasely prick to claim to want to bomb everything, kill anything that moves, or stand astride the world as the toughest man alive, especially when the toughest thing you’ve ever done is to taunt a gay boy in prep school. Another in an endless line of Republican chicken hawks Romney blithely scorned the statement of terrified embassy workers seeking to cool a riot though he himself has never been anywhere near a military uniform much less the inside of a foreign embassy under siege.

It was the same sort of facile bravado from National Guard Dubya that (in part at least) rendered him such a laughable buffoon, as similar talk from Five Deferment Dick Cheney rendered him a doughy but voluble chicken whose foreign policy malpractice and deception resulted in the pointless death of thousands…including the victims on 9-11.

Romney of course has the usual defenders, a haberdashery of ass hats such as Rush Limbaugh, Reince Priebus, Erick Erickson and Ari Fleischer. With friends like these, who needs Carrot Top? The truth is, Obama is the real grown man here, the real thing. President Obama demonstrates how effective foreign policy is when a president talks and thinks like a grownup, and has the judgment, the intelligence and the courage to make the best decisions. Experience is invaluable and talk is cheap: And Mitt Romney’s talk is Monopoly Money.