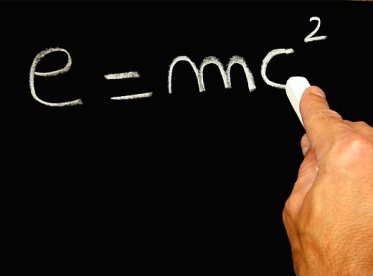 On a nearby but surprisingly removed planet the presidential candidate Mitt Romney was poised last night on the cusp of a major victory, the intellectual titans of his home planet predicting the looming triumph: Karl Rove, George Will, Dick Morris, Rush Limbaugh, Larry Kudlow, Michael Barone, Glenn Beck all assuring us of a Romney demolition of the electoral map. In the hearts and minds of every true believing, Fox watching, Ayn Rand inhaling, evolution and climate science denying homophobic Tea Party stalwart of the Wonder Bread demographic this prediction had to be true. And yet, many a heart was broken. Oh, the humanity.

Republicans have proved beyond a shadow of a reasonable doubt they possess the capability to construct a cosmos distinct from our own, an alternate universe with its own novel laws of physics, its distinctly fictional history books and innovative rules of inquiry, and to fully populate it with willing and even eager inhabitants. What could go wrong?

One is tempted to say last night’s rude awakening couldn’t happen to a nicer group of people, given the cascade of racial slurs and coded race-baiting spewing from the president’s opposition for years, given the insults and smears and manifest disrespect of this honorable and optimistic president by a vitriolic Republican rank and file, right-wing media machine and coven of despicable Romney surrogates, suspicion cast even on the president’s American origins, almost no denigration considered beyond the pale. Yet, despite Republicans’ boasts that they are the real America, an examination of the demographics of last night’s election results confirm that which was so clearly revealed in the previous presidential election, and that is: there is indeed a real America …and it ain’t them.

I have more faith than many do that the Republican Party for the foreseeable future will retain its same crazily dogmatic and putrefying demeanor, believing it fully incapable of controlling its own roiling instincts and surging resentments and its need to express them, whether it be the ridiculously foolish and utterly mistaken stereotypes of the undocumented immigrant or the tired, racially-tainted and manifestly stupid caricatures of the nation’s poor.

It’s already started, Bill O’Reilly last night laying out the meme drifting across the conservative universe today, saying, “The demographics are changing. It’s not a traditional America anymore and there are 50 percent of the voting public who want stuff, they want things. And who is going to give them things? President Obama.” Note how closely this tracks to candidate Mitt Romney’s candid estimation of much of the nation: “… there are 47 percent who are with him, who are dependent upon government, who believe that they are victims, who believe the government has a responsibility to care for them, who believe that they are entitled to health care, to food, to housing, to you-name-it — that that’s an entitlement. And the government should give it to them. And they will vote for this president no matter what. … These are people who pay no income tax. … [M]y job is not to worry about those people. I’ll never convince them they should take personal responsibility and care for their lives.” These are Republicans’ actual core beliefs, and I wouldn’t go expecting them to recant them anytime soon.

Yes, they’re entitled to inhabit their small and hermetic fungal paradise, but as last night’s election makes emphatically clear, the rest of us are briskly moving on.