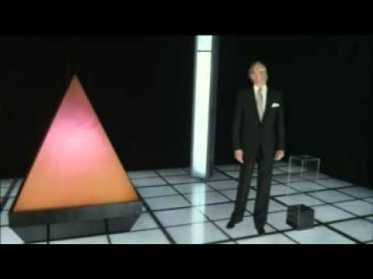 In British director Lindsay Anderson’s 1982 film Britannia Hospital, a professor pops a brain into a blender and makes a frosty that is the ultimate in brain food. Corporate America and American business in general, with a little help from their favorite political party go the professor even one better: they drop your entire body into the human juicer machine and squeeze out every single drop.

In defense of the professor, his pet project, Genesis, though insane and homicidal had the admirable goal of lifting humankind out of their self-destructive stupidity, in particular, their foolish and venal allocation of wealth and resources. The economic model followed by the United States for the last forty years isn’t much less murderous, though it exacerbates the stupidity and venality rather than diminishing it.

Labor Day weekend is the ideal time to reflect on the reality that today’s workers, today’s employees, in their role as workers as well as their role as consumers have become in today’s labor-diminished, consumer-reviled economy little more than economic raw material, or more frankly, involuntary living organ donors. If our goal was to become Mexico, whose emigrants leave not only because wages are low, but because they are likewise squeezed by exorbitant consumer prices due to an obscene alliance of government and powerful corporations, then this is just another American success story. This paradigm for a top-heavy, deregulated, slave-wage state has its own official name here in the United States: The Republican Economic Wet Dream. Unfortunately, it is a dream nearly fully realized. The only logical next step is putting Carlos Slim on the thousand-dollar bill.

The current battle here in Los Angeles and in a number of the other largest US cities between Time Warner Cable and Viacom’s CBS, is to customers what two jungle predators fighting over warm entrails is to the warm entrails. Time Warner, like other cable operators has monopoly jurisdiction over the localities it serves, and the likes of Viacom are empires, meaning that the inevitable price increase sure to be passed along is par for the course, just as the stagnant wages of the squeezed consumers asked to pay these ever-increasing prices is par for the course too. If your gray matter hasn’t been irreparably compromised by the death rays beamed into your living room by Fox News, you’re  aware that the latter has something to do with a minimum wage, adjusted for inflation, that is less than it was in the mid-Sixties; and that, combined with the demise of unions, a demise accelerated by Republican persecutors two of the paramount sources of upward pressure normally applied to wages have been removed.

Ruefully apropos on Labor Day are the words of Abraham Lincoln:

“It is not needed nor fitting here that a general argument should be made in favor of popular institutions, but there is one point, with its connections, not so hackneyed as most others, to which I ask a brief attention. It is the effort to place capital on an equal footing with, if not above, labor in the structure of government.

“It is assumed that labor is available only in connection with capital; that nobody labors unless somebody else, owning capital, somehow by the use of it induces him to labor.

“Labor is prior to and independent of capital. Capital is only the fruit of labor, and could never have existed if labor had not existed.”

This view couldn’t have less sway over contemporary America’s labor and economic structure if it was written on a placard planted on a moon of Jupiter. Unlike Lincoln, today’s union-busting, one percent facilitating Republicans never met an increase in worker wages they liked, or a predatory enterprise or tax cut for the wealthy they didn’t like, their party no longer the “party of Lincoln”, but rather “the party of to hell with Lincoln.”

If it strikes you that medical providers are charging anything they damn please, and that insurance companies are passing it right along, whether insured or uninsured don’t blame them. For here in Ayn Randistan they’re “producers” and you saps struggling to pay the bills with your anemic wages are “moochers”.

These days airlines are hurting they say. On the other hand, so many have merged there only seem to be four or five of them left, all giants, and they aren’t squeamish about squeezing every last nickel out of hapless, squeezed to death customers with fees so petty it’s a miracle you aren’t charged a “carpet fee” for being allowed to walk down the aisle to your seat.

When it comes to treating customers with contempt, however, the wags working at Golden Sachs have overachieved, regularly referring we recently learned to their own clients with disparaging names such as: Muppets.

Quaint old Lincoln aside, given the imbalance in the relationship of capital to labor these days, the hegemony of corporations and big businesses over consumers, workers and even over a weakly regulating, barely countervailing government, we shouldn’t be celebrating Labor Day, but  rather Muppet Day.