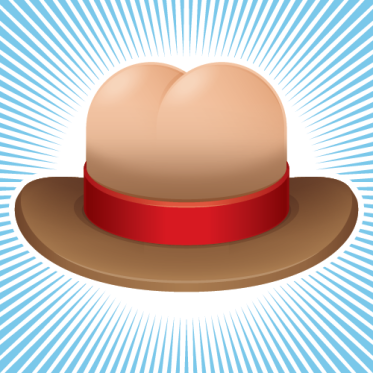 America has become a somewhat tedious Gloria Swanson has-been specializing in flamboyantly threatening suicide before she climbs down from the balcony after simultaneously scaring the shit out of people and pissing them off. This is what you get for letting somewhat pathetic elements of your population elect nincompoops to run your government. Yes, I’m talking to you hydrocephalic tools there in Red State Hooterville.

John Boehner will do what he could have done at the beginning, which is simply put an unconditional bill opening the government and raising the debt ceiling on the floor for a vote. Instead, all of this, so the delicate orange flower could retain his speakership, and the un-self-aware junior senator from Texas Ted Cruz could lick his balls in front of cameras and call it a revolution…and even believe it was one.

Give Obama credit. He didn’t commit another one of his “compromises” which approximates the mugging victim persuasive enough to convince his accoster to take two hundred of the dollars in his wallet and leave him one.

While American politics always had its absurdities, its charlatans and its theatricalities, and a certain amount of dirty give and take, in the end, it was a serious enterprise about serious, consequential things. The right has finally managed to drag us all down into its pit of juvenilia, its two-by-four dumb sandbox, its cartoon reality of myth, delusion, demagoguery and funny mirrors.

Do I get my 72 virgins now for the martyrdom of paying attention to this insufferable devolution of democracy for over two weeks?

Well I don’t want them. Give me somebody who knows what they’re doing for a change.