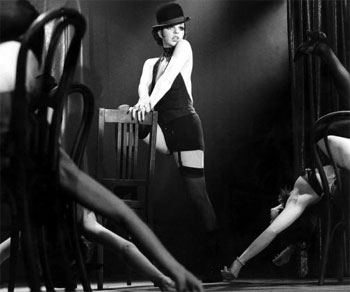 Yesterday there was a discussion on a very good cable news program, Up With Steve Kornacki, about the dynamics surrounding the 2016 Democratic Party presidential nomination. In particular, much was made of the perhaps unprecedented state of affairs in which many if not most Democratic politicians contemplating running are deferring to Hillary Clinton, awaiting her decision on whether to run before making theirs. Polls show Hillary massively popular among Democrats and an overwhelming favorite to win the nomination.  In fact, she is the “favorite” in much the way Godzilla was favored over Bambi in their celebrated animated match-up.

She also beats the current Republican field. A lot of interesting points were made on Kornacki’s show about these dynamics of 2016, except surprisingly, the correct one. Hillary’s monumental preferability is not due simply to her own popularity, which in itself is huge, but also to the degree to which rank and file Democrats, liberals, many independents, innumerable astute Americans of every political disposition still on speaking terms with Twentieth Century history are cognizant of a radicalized Republican Party as a concrete, manifest danger, and are petrified of any expansion of extremists’ power all the way down to their exquisitely perspicacious skivvies.

Among these same Americans there also is a concomitant awareness of, and deep concern about a normalizing, a mainstreaming of radicalism by a lazy, soporific, self-satisfied, complacent, meretricious conventional press, which depicts it as customary partisan scrumming, and whose oleaginous smarm about “perception of balance” makes you want to shower under one of those Serbian showerheads designed for elephants introduced on an episode of Seinfeld.

Hillary, a unique political force in her own right, a genuine powerhouse if not an iconic American figure is perceived as the surest bet in a time of great danger, an American president potentially the only bulwark against extremism empowered and running amok in an American system where the judiciary remains in ideologically rigid and overtly partisan hands, and the federal legislature well may come under this extremist domination as well, due to gerrymandering and the inherit imbalances built into the Senate itself. The prospect of control of all the branches of government by this would-be conquering outfit of radicalized missionaries of ideological purity scares the ever-loving shit out of normal people.

Persons lacking a vested interest (career, monetary, social) in the appearance of balance or of middlebrow ”seriousness” are able both to perceive genuine danger when they see it in front of them and to actually care. No one needs to speculate or hypothesize about what the unprecedented radicalism of these very same extremists will look like and act like if empowered: we can see exactly what it looks like in real time in North Carolina, just as we have seen it fully in action in Wisconsin, Michigan, Ohio, Florida and many genuinely red states, including the largest, Texas.

We aren’t operating in the dark here. We aren’t dabbling in the realm of prejudiced speculation. We have the observable, documented history of the make-believe repeal of Obamacare 40 times, of threatening to default on the national debt, of historically unprecedented filibustering and blocking of executive branch appointments down to the sub-agency head level, of comprehensive, adamantine obstruction of all Democratic or presidential initiatives, regardless of national consequences. By now, we know statements of objectively hair-raising preposterousness and flamboyant ignorance, if not clinical imbalance are regularly made by highly placed elected Republican officials at the federal and state level. We have volumes of polling results to inform us of the exoticism, harshness, and absolutism that define the beliefs and convictions of the Republican base.

Again, this causes the hairs to stand up on the backs of the necks of ordinary human beings.

But of course, in the New York-Washington world of Circle Jerks it has reached the point where Republicans can undertake the most manifestly outrageous action or make the most manifestly unsound statement, and by pointing it out, you are more likely the one accused of imprudence or hysteria or rank partisanship. We need not refer any longer to this disconnect between elites and conventional media and the rest of us as “a” disconnect, but henceforth simply shall let it be known as The Disconnect, so large and so profound has it become,