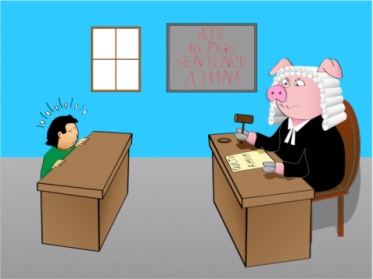 Richard Nixon’s long ago effort to co-opt the magnetism of George Wallace’s racist political appeal, an effort known as the “Southern Strategy,” and eventually adopted as the key to Republican electoral politics wasn’t before the Supreme Court this past week. But the Court gave its blessing to it anyhow.

The GOP is now a political party that depends on the votes of whites all but entirely, the counterpart to exclusively targeting whites being to discourage as many voters with skin darker than pale from casting a vote as possible. The ruling by the court to punk Section 4 of the Voting Rights Act all but patted Republicans on their pointy little heads for their schemes in states across the nation restricting the votes of the growing numbers of the un-pale.

The court’s ostensible rationale was that it brought a tear to the eye if one considered the deeply hurt feelings of those mostly southern states and mostly southern voting districts singled out for having changes to their voting laws cleared by the Justice Department prior to implementation, a singling out on the basis of past racist shenanigans designed to suppress minority votes.

The conservative justices, either in due diligence for the Republican cause or having eschewed newspapers, magazines, cable news and the internet for the last several years declared, “Racially targeted voter scams? Racism? What racism?” sweeping aside the criteria for prior clearance despite more or less a new scheme a day in the red states to suppress the young, poor, minority and Democratic vote.

The conservative, Republican-appointed court majority who dominate the court have two overarching, if not exclusive priorities: fortifying the suzerainty of business and corporations in American life, and doing what is best for the Republican Party.

The court may issue the occasional ruling pleasing to progressives and the political mainstream on cultural or non-economic issues that do not affect economic and political power in the country. But they do not mess around on the principal cases related to their overarching goals, and will summon any exotic legal reasoning or gymnastic argument to serve up a ruling that fits the bill (See Bush v. Gore, Citizens United, etc.).

Yes, it’s a nice anomaly that Justice Anthony Kennedy long has sympathized with the pursuit of rights for gays. And while he is neither as purely partisan or the same species of hack as the others, he remains a largely reactionary presence. John Roberts’ vote to validate the constitutionality of Obamacare was a nice surprise, though one should remember what a delicious banquet of windfall business Obamacare is for the insurance sector. Not to mention that Roberts may very well expect Republican elected officials to bedevil Obamacare to the point of ultimately undermining it, mortally wounding Democrats in the end.

The Republican Party is frantic, and its partisans on the Supreme Court reflect the party’s desperation. The times are a changin’, the demographics are on the move, and every systemic barrier to change must be baked into the system while Republican radicals retain the power to do so. The ideological comportment of the country must be set in concrete while the setting is good.

The current Republican radicalism on a demented tear through so many governor’s mansions and state legislatures, and the United States House of Representatives is cutting a swath through the court too.

These radicals are serious. If you oppose them,  or you fear what they will do with the power they have you best be serious too, very serious.