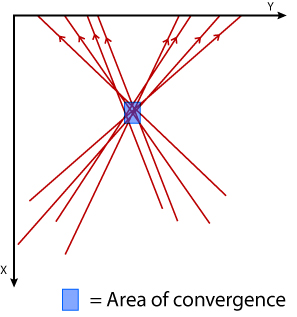 Republicans’ insistence on a protracted public suicide, regardless of the mess it makes or who will eventually clean it up continues in full view of professional observers and a pitying citizenry. Proving the wisdom in the title of the MASH theme song “Suicide is Painless,” indeed I am finding Republicans’ suicide causing me absolutely no pain whatsoever.

Some generous-hearted person must take aside today’s pinwheel hat wearing Republican Party and explain, “Friends, the fact that even though more and more Americans hate your guts, are scared to death of you, and consider you imbecilic, you feel redeemed by the love and devotion of a small group of imbeciles, is a testament to the genuine novelty of your political thinking and your practical applications of math.” Unlikely as it is, I guess I am that generous-hearted person.

Attempting to self-deliver with their beloved firearms all across the city of Washington and across this great, progress-starved nation as if to demonstrate how many places and how many ways Republicans can make a spectacle of blowing their atrophied brains away with Spielbergian vividness for a media audience, it’s a Borscht Belt scientific one-liner about the female reproductive system here, a full-dress congressional committee hearing farce there, a forehead whacking idiotic rationale for full-blown, Defcon One, nihilistic congressional Republican obstructionism offered everywhere

Yes Republicans, we heard you the first 4,705 times you accused Obama of being the Anti-Christ, a weenie-waggler, a pocket-picker and an anthropomorphic Doomsday Machine. Oh, those charming Republicans: convinced the 4,706th time will be the charm. The party of Nixon practicing Nixonian politics for fifty years invoking the master’s name every time a Democrat somewhere uses a salad fork for tucking into his entrée, and crowing this is yet another Watergate (another of their endless Waldorf Saladgates, surely) has no credulous audience on the North American continent beyond the redoubts of rag-tag, Fox-Limbaugh-Bircher-Know-Nothing dregs of the Confederacy. It’s a tainted mixture of cynicism and wishful thinking impossible to market now.

Here is, Republican friends, what you may find to be a remarkably helpful hint: if you accuse the president and his party of malfeasance and his popularity and theirs rises; if you accuse the president and his party of heinousness once again and once more his and their popularity ascends; and you accuse the president and his party of crimes of unimaginable awfulness yet again, and his and their popularity elevates even yet again, this is what we call in sophisticated circles: a pattern. Surprisingly you may find, we can learn from those. It’s so bad for Republicans now that if Barack Obama began a systematic ceremonial sacrifice of virgins in the Lincoln Bedroom and Republicans discovered it, no one under the age of 90 or above it in IQ would pay any attention at all once the Republicans started shrieking about it (But don’t do it, Barack!).

No matter how many Republican elected officials believe with true conviction otherwise, playing solely to the Republican Bellevue base ultimately is a dead end, no matter how many ways Republicans manage to suppress votes, rig elections, change electoral vote counting, or attempt de-facto minority rule in the meantime. Yes, they will entrench their lunatic brand of politics and meshugana ideology in congress for the foreseeable future, and give red state primordial organisms a last decade or so of hurrah before demographics render them a minority even in their local swamps.

To put it as delicately as possible Republicans, “it has been noticed” by America’s people that Republicans no longer bother with anything as mundane as legislatively solving problems, or proposing solutions to healthcare, tax, budget, infrastructure, education or foreign policy challenges serious enough to earn the approval of an American majority. High decibel, sleazy slanders by bottom feeder demagogic cynics like Ted Cruz, only about a sixteenth as smart as he presumes himself to be won’t help. Nor will anything that escapes the jaws of Louis Gomert, indisputably the most intellectually challenged human being allowed out of a house or medical facility unaccompanied by a professional chaperone.

So Republicans, if you insist on putting that gun barrel into your mouth, there is only one thing I have to say: Bon Appétit.