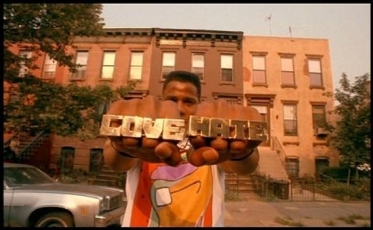 There may be a world where a political party, oh, let’s say the Republican Party, having ended up on the business end of two presidential level blowouts, having lost the popular vote in five out of the previous six presidential elections, having demonized and denigrated a sitting president to no apparent political benefit, having obstructed the nation’s business to the nation’s detriment with no apparent political payoff, and having witnessed the indisputable confirmation of its expired  demographic viability would feel chastened, reflective, pragmatic or even perhaps in a frame of mind to soften its prior implacable intransigence. But we do not inhabit that world, nor are we likely to do so in the near future.

The currently constituted Republican Party is a very long way from coming to Jesus (their flamboyant Christian festoonery to the contrary) or from cooling its ideologically fevered brow. If there’s one thing we’ve learned about the Republican Party over the past four years it is that you aren’t going to coax the crazy and the ugly and the fanatical out of them, you’re going to have to stomp it out.  Absolutists and fundamentalists and zealots don’t soften, they don’t moderate, and the best the reality-based community can hope for is that the Cuckoo Clocks lose their influence in, and eventually their hold upon the Republican Party and saner heads (there are some) will prevail. Democrats cognizant of the imperative to advance this transformation need to act upon it with every means at their disposal.

Even a cursory review of Republican reactions to the just completed election is persuasively informative as to the clinically symptomatic level of resistance to anything approaching circumspection, conciliation, moderation or alteration. The bitter election disappointment has been laid off to everything from a hurricane to the treason of the governor of New Jersey to candidate Mittens (predictably) being insufficiently gonzo. I’ve heard quite a few Republican politicians and flacks concede Republicans cannot win in the future unless the party expands it demographic base, or that it must increase its  appeal to Hispanic voters. What I haven’t heard them say is that they have been wrong, or mistaken in their policies concerning immigration or the undocumented, or voter suppression or in their defamation of the poor and the working class, or their estimation of the famously maligned 47% of the country. Their innovation for adapting would seem to be appealing to minorities while scrupulously eschewing policies those minorities actually favor, or anything one might remotely describe as substance. More token brown and black faces dispersed among their reliable sea of white ones appears to be their answer.

John Boehner, disingenuous as ever showered down conciliatory language while insisting Obama should adopt Mitt Romney’s and Republicans’ (the losers by the way)  rigid tax and budget proposals. Mitch McConnell, he of the famous,  “My number one priority is making sure president Obama’s a one-term president,” declaration this time snipped, “The voters have not endorsed the failures or excesses of the president’s first term,” less than 24 hours after voters rejected the Republican Party’s failures and excesses in rather conspicuous fashion. I’m not sensing a lot of Republican introspection here. Boehner claims that since Republicans have retained their House majority they have a mandate, though Democrats outpolled Republicans in House elections and gained seats. No one should fall for this hopelessly not a bit clever meme (also being sprayed around by nutty Uncle Grover (Norquist) that Republicans retaining their majority means anything other than that Republicans well used the confluence of their 2010 electoral gains and the 2010 census to severely gerrymander many congressional districts to cement Republicans in for the time being.

But relatively speaking, the responses from McConnell and Boehner are from the Republicans evolved to walking upright.  The reaction from the more predominant less evolved species of Republicans is that Muslim socialism has tightened its grip on a besieged nation, is to bemoan that traditional America (Translation: white hegemony) is gone (it is), and that resistance and revolution in the name of liberty (Translation: corporate hegemony and economic inequality) are the only solution.

Republican primitivism and extreme reactionary exoticism are down on the ground now and they should never be allowed up again. Eradication rather than accommodation is the only option for moving a country forward that has been stagnant in too many ways for much too long, hampered and held back by an extreme and eccentric and backward-facing ideological menace. Elected Democrats, activist groups and rank and file liberals should be aggressive and unrelenting at smoking out and illuminating and marginalizing and further discrediting Republican nuttery and its demonstrated unpopularity, boxing it in and entrapping it at every turn, until this Republican contagion of irrationality and embarrassing and frequently callous and bigoted ass hattery is permanently tamped down.