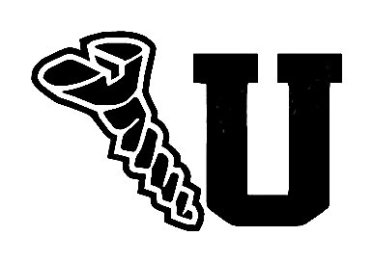 I’m going out on a limb and speculating that at least one book candidate Mitt Romney has never read is Dale Carnegie’s “How to Win Friends and Influence People“. That is, given the way he talks about half the citizens of the country he says he wants to govern, and from whom his floundering campaign could desperately use some votes.

Of course, that’s not really being fair to Romney, since his caught on camera remarks clearly were not intended to be a pitch to voters but instead a sincere expression of how he feels about 47% of the lot of them, “lot” being the operative word here, since that is a lot of people he has now in his own words written off…and effectively told to: sod off.  I’ll go out on another limb and stipulate that even without the revelation of this informative tape anyone who has listened to Romney’s publicly stated proposals and positions would know his attitude toward the 47% and even the 99% is fuck you.

Still, Romney pouring his heart out to his fellow elitists about the dreadfulness of the middle and lower classes, those unwashed masses of layabouts was about as rich as a video of him complaining to his fellow fat cats about the impossibility of finding good help. The tape does serve the valuable purpose of preventing thousands upon thousands of progressives from expending energy producing caricatures of Richie Rich Republican snobbery, and exposing the new Republican extremism’s Randian view that much of the country is “moochers” who subsist at the teat of the wealthy “producers” (or if you prefer job creators) .Hello Ayn Rand, Goodbye Joe Sixpack, you lazy bum you.

Still, a videotaped record of Mitt Romney declaring that everyone below the 48th percentile in income is a miserable rotter, people, “I’ll never convince…should take personal responsibility and care for their lives,” is just a delightful find. And of course, this being Mitt Romney, he couldn’t make a speech without committing major atrocities to factuality, once again far too many to count. Obviously, 47% of the nation’s citizens are not dependent on government, though at least 47% of Romney’s true believers perhaps are, given the extent to which the oil companies and military industrial complex rely on government largesse for their profitability, not to mention the corporations who do not pay a cent in taxes, or the dreamy rates of taxation enjoyed by people in Romney’s economic class.

In fact, 80% of Americans pay more in regressive taxes such as sales tax, payroll taxes and federal excise taxes than they do in income tax, meaning Romney has a nasty glint in his eye for most of those he say he wants to govern. No, this probably isn’t the guy you want to have the beer with. In fact, since he says 47% of the population is people “who believe that they are victims” he’s going to tell you to “just shut the fuck up and buy your beer” before asking you finally, “What is beer”?

When Romney says the 47% feel “entitled to health care, to food, to housing, to you-name it,” you can only say to yourself,  “the nerve of those people, looking for such lavish luxuries.” But the best part of Romney’s Oracle thundered down from Mount Croesus is the picture it yields of the ignorance of this preening plutocrat of basic American economics, the fact that income inequality has reached the point, partially due to the luxurious tax rates for people like Romney, and due as well to the lousy wages people in his economic class pay their workers, only a tiny sliver of the full electorate gets a fair reward for the expansion of GDP they’ve  all worked so hard to produce, meaning  47% fail to even make enough to owe taxes. He might as well have said, “Let them eat cake.”

What spooks me so about Romney now is: How do you run against a guy who runs so hard against himself? Freeeeaaaaaaaky.