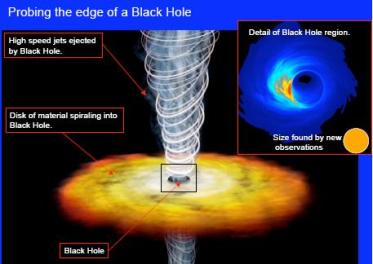 Few things are as satisfyingly perfect as the Republican Party holding its convention in Florida where from time immemorial old things have gone to die. The party as currently constituted relies upon a demographic of resentful superannuated whites on its last electoral legs, representing ideas that passed into uselessness and antiquity more than a century ago; and typical for a party flush with evangelicals it is attempting to resurrect them now, theirs a crusade of coarsened and kooky atavism.

Certainly the political party that convened in Tampa has brought the term “white noise” an entirely fresh meaning, and while the focus on Republican lying, mendacity and fanaticism may be necessary, the brazenness and centrality of those Republican qualities and behaviors some time ago ceased to be “news”. So it is worthwhile to ask: What is the point, in the end, of all the lying and cynicism?

Though this Republican modus operandi was established in the time of Tricky Dicky, even that demented ghoul, for all his invidious dark corruption and bizarre transgressions and his conceived southern strategy had at least a few concrete, even positive goals for the country he came to govern. Yet, after all the brute tactics, explicit lying, nasty stunts, ethically unrestrained aggressiveness and crazy talk Republicans of the current era would seize power with only the goal of what can be undone of that which has been achieved before, socially, economically, governmentally and morally.

The only program this incarnation of the Republican Party offers is nihilism, a religion of vacant materialistic exorbitance and empathic deadness, misunderstood capitalism and sterile Babbitry, an impoverishing and eventually doomed feudalism. The façade of its “cultural” agenda has been peeled away to reveal nothing more elevated than a vituperative quest for retribution, crudely targeting gays and immigrants and minorities generally. Denials of as much have the authenticity and persuasiveness of “4 out of 5 dentists recommend”.

These weirdly ensorcelled Republicans may view having swaths of uninsured and unhealthy Americans, and world historic health care costs, recession exacerbated poverty,  crumbling physical, educational, technological and social infrastructure, wage stagnation and historic income and wealth disparity as a snazzy political philosophy in action. Many less fully indoctrinated Americans may simply view this propensity to answer every call to address compelling challenges or national slippage with an implacable “Nyet” as the peculiar and irresponsible behavior of cranky ideological deadbeats.

Republican excuses for refusing to participate in the nation’s challenges have been fine-tuned and are well-practiced, though after three successive Republican presidencies that grew government and increased debt, and a  Republican congress that flung wads of money into the air nobody believes current Republican intransigence has anything to do with being thrifty.  Objectivism, Austrian School, Supply-side and other exotic adolescent fantasies may be spewed out as putatively high-minded justification for letting the larger community and many of its citizens rot, but most Americans can pierce the banality now and observe a party finding ways to twist, squirm and prevaricate its way out of addressing a nation’s human needs, while advocating little more than nominal  taxes for the wealthy and a corporate and business class able to enjoy all but sovereign dominion over fellow citizens and every other community and individual aspiration and concern.

Radicals like Grover Norquist and a Republican Party now configured in his image say they want to shrink government to a size small enough to drown in a bathtub, but what they are leaving unsaid is that a large portion of the American population will be drowned along with it, and most Americans know it. Every step in time Republicans succeed in taking the country back will have to be regained eventually, and inevitably each will be, since the problems a previous century or so of progress addressed will come back again in full force, perhaps uglier than before in our faster paced world. Perverse and ignorant nostalgia for a more unfair and brutish past isn’t much of a future for the lily white denizens in Tampa to promise modern America.