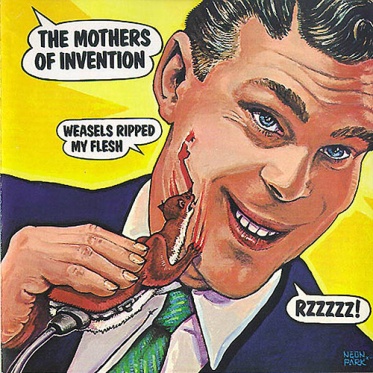 The legal and semantic debate over whether the cost to be charged to consumers for failure to purchase health insurance under the rules of health reform is a tax or a penalty has become epic, and that’s just the debate between Mitt Romney and himself. One couldn’t ask for a more representative, emblematic crystallization of this unfortunate human being’s grossly craven and supernatural shape-shifting than his jaw-dropping duplicity, or more accurately, as with everything this man confronts, multiplicity on the tax vs. penalty question.

No one is asking that politicians universally and unilaterally reverse their essential nature and become scrupulous, dependable, altruistic, transparent, honest and forthright in all things. However, given Romney’s Nixon-transcending conspicuous craven cynicism he astonishes in the way other freakish occurrences in nature do, an utter phenomenon of vacated soul and debasement.

One can understand that Romney is a product of a Republican culture and Republican history that diverts as a necessity of survival, the last thing any Republican would wish to reveal being what she really believes and really would like to do, though with Republican extremity now ascended to such high prominence in the government itself such rigid discipline has begun to give way to the fervent impulsiveness of true zealotry. Naturally Republicans would not come right out and declare their complete and devoted fealty to the corporate class even if their behavior reveals it. Nor would they directly apprise voters that theirs is a party of Ayn Rand feudalism and neo-aristocracy, of southern plantation social and economic structures where the small class of betters, mostly a business and ownership and financial class retains de-facto ownership of all the rest.

Yet Romney, unlike even other Republicans has no static positions at all, not on anything, no historically consistent propaganda, much less consistent public point of view on any given issue. After literally years of defending the payment required of persons in Massachusetts who fail to purchase health insurance as a penalty, upon the announcement of the decision by the high court Romney adopted the popular cliché being used in the chattering classes, in other words converting “if it quacks like a duck and it walks like a duck, it’s a duck,” to “if it quacks like a tax and it walks like a tax, it’s a tax.” Astoundingly, Romney and various spokespersons for his campaign vacillated back and forth from insisting it was a penalty to insisting it was a tax to insisting again that it was a penalty and on and on. Immersed as we are in the middle of the summer, have sufficient numbers of Americans been paying enough attention to have witnessed this fiasco of character and politics…and fully comprehended what an historically awesome weasel this dude is?

The folks at Slate magazine have produced a useful compilation of statements by Willard demonstrating his preternatural viscosity on the tax and penalty matter. Look, it’s a penalty:

April 11, 2006: “Every uninsured citizen in Massachusetts will soon have affordable health insurance and the costs of health care will be reduced. And we will need no new taxes, no employer mandate and no government takeover to make this happen.”

Jan. 5, 2008.: In a Republican presidential debate, moderator Charlie Gibson tells Romney, “You imposed tax penalties in Massachusetts.” Romney replies: “Yes. We said, ‘Look, if people can afford to buy it, either buy the insurance or pay your own way. Don’t be free riders and pass on the cost to your health care to everybody else.’”

Look now. It is declared a tax and it is declared not a tax, included for your convenience in a single statement:

Aug. 24, 2007. In a speech to the Florida Medical Association, Romney says his “enforcement mechanism” for people earning more than three times the poverty level is that “when they get their tax bill … they’re charged $100 a month for not having bought insurance.” He calls the Massachusetts system universal coverage without “needing new taxes.”

March 7, 2010. On Fox News Sunday, Romney says “we didn’t raise taxes” in enacting the Massachusetts law. When Chris Wallace objects that “you have an individual mandate,” Romney replies that the Massachusetts law, unlike Obamacare, entails “no new taxes,” even though residents of Massachusetts who “don’t buy insurance” will “find that their taxes are higher.”

But wait just a minute now, according to Romney’s senior campaign adviser it’s déjà vu all over again, and that dang thing has become a penalty again:

July 2, 2012: Fehrnstrom: “The governor believes that what we put in place in Massachusetts was a penalty, and he disagrees with the court’s ruling that the mandate was a tax. But again—”

Romney: ” The Supreme Court has the final word. And their final word is that Obamacare is a tax. So it’s a tax. … And so now the Supreme Court has spoken. … They concluded it was a tax. That’s what it is. And the American people know that President Obama has broken the pledge he made. He said he wouldn’t raise taxes on middle-income Americans. “

Interviewer:  “Have you changed your views on this? Do you now believe that it is a tax at the federal level—that the Supreme Court has said it’s a tax, so it is a tax?”

Romney: Well, I said that I agreed with the dissent, and the dissent made it very clear that they felt it was unconstitutional. But the dissent lost. It’s in the minority. And so now the Supreme Court has spoken. … They concluded it was a tax. That’s what it is. And the American people know that President Obama has broken the pledge he made. He said he wouldn’t raise taxes on middle-income Americans. Not only did he raise the $500 billion that was already in the bill, it’s now clear that his mandate, as described by the Supreme Court, is a tax.”

If one substitutes historians, scientists or perhaps psychiatrists for geneticists, the following observation from The Day the Earth Stood Still referring to alien DNA applies as well to Romney’s words:  “You don’t understand. These are the Dead Sea Scrolls. Geneticists are going to be studying this code for generations.”

It has been said, including by me, that Romney has no core. But in fact he does: And it is morally and intellectually unmoored, sociopathic and craven calculation.