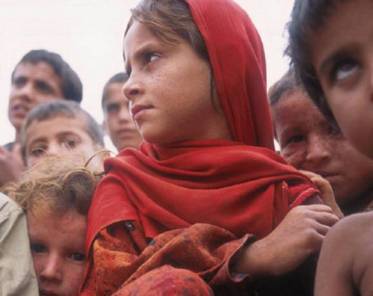 Saying the situation for NATO forces in Afghanistan is tense and precarious is like saying the nuclear facility in Fukushima rests on shaky ground. When Qurans recently were incinerated America’s congenitally nationalistic right and a chorus of Republican yo-yos castigated President Obama for apologizing. While the right’s humbug version of patriotism and calculated embrace of American troops is all for self-inflating show, President Obama understood that it is the lives and well-being of American military, diplomatic, philanthropic, business and aid personnel who face lethal jeopardy when populations hosting them are inflamed (with good reason).

One may believe the initial foray into Afghanistan in order to boot the dreadful Taliban from power and rid the country of openly operating terrorist training camps was a legitimate course of action, which I do, or accept that President Obama’s stated campaign goal of refocusing military resources on Afghanistan and Pakistan where the terrorist infrastructure actually exists, as opposed to Iraq, where it didn’t, was a defensible one, and still recognize the NATO mission in Afghanistan is now irredeemably FUBAR.

Occupation of foreign nations, however benign or even necessary American political leaders may say or believe they are (and there are cases where either or both may be true) will be fraught under the best of circumstances. And the rawness of relations between the people of Afghanistan and the occupying powers now can credibly be described as approaching the worst of circumstances. In some respects our government’s full recognition of how daunting the perils and complexities of plunking ourselves down in foreign lands can be has not appreciably improved since Vietnam.

Even with the available expertise on the complexities of the region at our disposal, operating in Afghanistan among the swirling ethnic, political and cultural dynamics of Pashtuns, Tajiks, Uzbeks, Hazaris, Taliban, Pakistan’s ISI and India-Pakistan antagonisms was always done with something of a wing and a prayer, and now is surely all but futile, though no American administration has or ever would say as much to the American people about an imbroglio, even when it is widely understood within the government. An abidingly insane nexus of raw political calculation and exploitation, citizen-inculcated American mythology and superpower hubris has always prevented common sense, realistic decisions to be made when the time came to extract the United States from these sticky bogs for our own, and the relevant nation’s best interests.  These are decisions and emphatic actions forestalled at the expense of American lives and the blood of other peoples, many innocent.

If nothing else, this latest bizarre cold-blooded murder of innocents is a reminder of how thin and literally deployed to the breaking point our military ranks are.  On top of regular accidental killings and maiming of civilians along with the occasional intentional brutalization or heinous act by some renegade American troops, conditions for an occupying presence in Afghanistan should accurately be classified now as just ridiculous

This is not to say, by any means, there are not instances where American intervention is called for, such as the humanitarian missions in Bosnia and Kosovo, or the mostly cost-effective effort to rid Libya of the natty and nutty Kaddafi. This is also not to say there won’t be ugly consequences when we do leave. The Taliban are as medieval as advertised, a brutal and backward lot, and the ramifications for sensible, progress-minded Afghans and in particular for the women of that nation may be dicey at best. It is perhaps a classic no-win situation in the real world. Regrettably, sometimes life is like that.

The Bush administration had a chance to rebuild the country, to guide and oversee the development of budding political institutions while pursuing our tactical goals contending with terrorists at a time when good will toward America in Afghanistan and elsewhere in the world was at its height. But Bush had his head and his heart in Iraq., and pissed it all away in Afghanistan. We’ve had more than ten years to stabilize the country and fortify it against the Taliban, not to mention to bring the Afghan military up to reasonable speed. My own view is that the two to one majority of Americans who believe that is long enough are right.