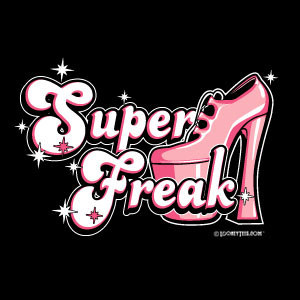 Hell hath no fury.  I could have told Rush, if only he had asked me for advice, that sluts are a rowdy crowd to be trifling with. One minute you’re calling them out, the next your advertisers are bailing.  Now we know, there is a silent majority, or perhaps rather than silent, softly moaning majority of sluts. Rush awakened the country’s inner Courtney Love.

Ridiculous as I may sound, the ridiculousness of the day towers above me. If there’s one thing this primary season does not have, and this Super Tuesday certainly doesn’t have it’s a shred of gravitas. I think I remember a time when these sorts of sweeping democratic exercises had an air of the serious to them. And whatever that thing Wolf Blitzer tries to do doesn’t actually count as serious. It may be covered by Medicare however.

Ironically, election day for this set of involuntary stand-up comedians playing the role of candidates in an ideologically disturbed Hyperbole Derby has had its seriousness usurped by the comeuppance of a bloated radio jellyfish, who gratuitously launched a bilious vendetta against a mere citizen for advocating of all things, birth control in insurance plans….in 2012. Or maybe it’s just me.

In any case, Rush’s campaign to portray the somewhat demure and poised Sandra Fluke as “a very kinky girl” has been the biggest failure since New England tanked another Super Bowl. Not only did the very impressive Ms. Fluke put the pudgy bully very much in his place, Rush Limbaugh has now solidified himself in the public mind as the unreasonable and intemperate face of the Republican Party. As a Democrat I’d like to thank him from the bottom of what little heart I have…albeit bleeding half a heart.

Some in the punditocracy have gone so far as to suggest that Republicans have now declared a War on Women. I would suggest they declared it a long, long time ago. Perhaps around the same time they declared a war on immigrants, blacks, Latinos, poor people, trial lawyers, academics, urbanites, left-handed hitters and persons who say toe-may-toe rather than tu-maht-o.

And then there’s the actual Super Tuesday. Who are these people anyhow? Oh, I know: Mitt, Rick, Newt and the cute Beatle: Paul, Ron.

It appears Rick Santorum is victorious in Tennessee and Oklahoma. And I have little doubt he is going to be just the perfect president for those fine states. I see Georgia has been won by Newt, fittingly, since he clearly is the superior Dixiecrat. Has he actually said, “Segregation forever,” or am I only surmising he probably thought about it?  And Mitt has won Virginia, Vermont and Massachusetts. Good for him. Cause he sure ain’t gonna win them in November.