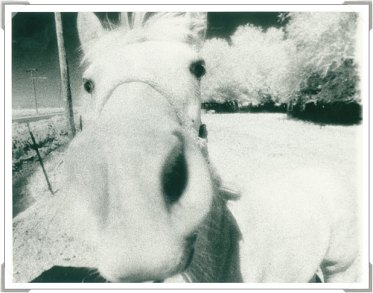 Another day, another Republican donut hole. Mitt Romney wins the Michigan primary, yet ends up with the same amount of delegates as his principal rival. The GOP’s Great White Nope seldom loses, and never seems to be a winner either.

If Romney’s declarations of triumph were as inauthentic as his DNA, Santorum’s claim that it was “a huge win for us” was as delusional as, well, everything about Santorum. Two Republicans blowing a haze of smoke filled with carcinogenic fibs, can you imagine that?

Santorum even went so far as to say after losing (at least in the popular vote) two primaries on the same night that he has “the wind at my back”. Anything having to do with weather or climate really does seem to befuddle Republicans. Having just lost, loathed by a white-knuckle Republican Party establishment, facing an opponent with a superior wad of money and a lead in delegates he can’t even provide an accurate reading of the wind direction. Not only does the Republican estrangement with science persist, they appear to be flirting with metaphysical discombobulation too.

The would-be gladiators Romney and Santorum reduced to mud hens by a spectacle of pandering to a prehistoric, petty and bigoted base has done everything but talk in tongues, and except for South Carolina they haven’t even spent a lot of time in Dixie yet. America clearly likes what it sees…in Obama. His approval numbers continue to climb as Rick’s and Mitt’s continue to go so low they’re clawing now at the basement floor.

The Republican elite increasingly seem to realize the brand of their party is slouching toward apocalypse, resident intellectuals such as David Frum all but pulling out their hair with tongs. I’m not exactly soaking the collar of my shirt with a flood of tears, when, after years of unabated radicalization of the Republican Party the crazy train becomes a runaway. The party has milked the crazy and the ugly for all it was electorally worth for many a year now.

Somewhere between galling and hilarious is the fact many on the right continue to believe the country is invariably tilted right, that everybody hates Obama and the Republican Party is never is conservative enough. Unfortunately in politics damn near anything is possible, external events having a way of unexpectedly turning the unexpected into the manifest. For that reason, considering the possibility one of these guys from the Non Compos Mentis crew could end up President of the United States, I think it is entirely appropriate to take a moment from time to time just to be unapologetically scared shitless.