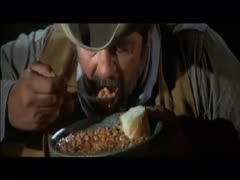 If you’re feeling dyspeptic over the rising price of gas, comfort is on the way according to Rick Santorum and Newt Gingrich. Newt has gone so far as to promise $2.00 a gallon gasoline under a Newt administration while Rick suggests he has a nose for curing our energy woes as well. I can’t promise what is coming out of Rick and Newt will actually power your automobile, but it certainly can be traded on the commodities markets with the other stuff.

Beating incumbents over the head with the price of gas occurs about as reliably as Newt playing around on another wife, and with gas prices on the rise at the moment nothing has changed. Likewise, Republicans’ recitation of the “Drill, Baby, Drill” panacea hasn’t changed either, the fakery and demagoguery when it comes to misdirection and misinformation on how the energy system works high octane product itself.

I don’t know how affectionately Americans will take to Newt and Rick’s pronouncements that regulation of the heavily taxpayer subsidized oil industry which all but does as it pleases now should be relaxed, but that’s the limit of the weaponry in their rhetorical arsenal. If these guys and their fellow Republicans do any more at the behest of Big Oil when it comes to screwing the American citizen and American taxpayer they’re going to have to register as sex offenders.

All too predictably the Newts and Ricks of the world found irresistible the hoodwinkery of suggesting the Obama administration’s denial of a permit for the trans-continental pipeline coming from Canada is deleterious for the oil supply, though Canada plans to ship the oil away it turns out, China high on the list of destinations.

This gets at Republicans’ iconic and invariable Big Lie when it comes to energy costs, which is that drilling domestically will affect the price of gas. That sounding a call for increasing the domestic oil supply will strike many as intuitively helpful is the reason it is such a perennially useful Republican hobby horse of misdirection. But persons other than Republicans’ ever dependable  “low information voter” crowd likely know that global corporations own the actual oil supply, and oil produced domestically goes into the global oil supply and is sold around the world at the highest available price. You could drill more domestic holes than the Coast Guard on a weekend shore leave and the increase in the supply of oil would increase by a fraction only.

Worse for Republican credibility and honesty on the issue, supply and demand are all but disconnected entirely from the price of oil now. Oil prices are determined by commodities markets, and the prices driven by speculation,  often by some of the same friendly folks who brought you the derivates crisis and the financial crash. Like oil companies, according to Republicans, we regulate them at our supposed peril too.  Of course Republicans have little inhibition when it comes to public demonstrations of affection for their perennial loves, Big Finance and Big Oil.  And as usual taxpayers and consumers get the cold shoulder.

Even if domestic oil supplies somehow were connected to supply and demand, Republicans wouldn’t have a case to make. Domestic oil production currently is at historically high levels; while demand is at the lowest point since 1997. There probably is nothing over which presidents possess as little control as the going price of oil, though they’ll be the ripest political targets when prices rise as long there is politics.

Still, with Republicans’ current instinct for saying the most outlandish and hilarious things about virtually any subject that comes to mind, they can be counted upon here, whether it is Rick discovering a form of drilling that he actually likes; or Newt promising the country two-dollar a gallon gas. These statements  hold the promise of more and headier fun to come.