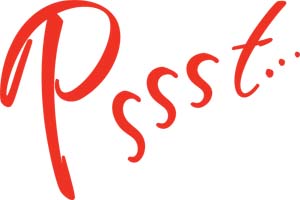 Yesterday on his show, Up with Chris Hayes, Mr. Hayes conducted an interview with the recent head of CMS (Centers of Medicare and Medicaid) Dr. Donald Berwick, a pediatrician and Harvard professor who has spent a great deal of time researching and applying ways to make the health care system more efficient. The interview was quickly heralded, and deservedly, in journo, newsy, political junkie circles for being exceptionally enlightening about the health care system generally, and health care efficiency and the new Affordable Care Act more specifically (Indeed, most discussions on this fine show have an uncommon depth and freshness).

A key point made by Dr. Berwick, and one he has frequently made in the past, is that lower costs and higher quality rather than being mutually exclusive actually go together. He and those with whom he has collaborated seized on the idea of adapting proven innovations in efficiency in other economic sectors of the economy, including auto manufacturing, to the health care system. Indeed, many such improvements have been isolated and successfully implemented in various settings.

During yesterday’s program Dr. Berwick elaborated on the notion that improving access while introducing efficiency would promote quality and reduce costs. Berwick sensibly pointed out that lower costs will effectuate expanded utilization of health services, meaning not only a healthier, more productive citizenry, but increased quality due to the influx of additional money into the system from all of those additional health care customers, and an improvement in quality through more efficient health care practices. All in all, this bracingly rational discussion reminded us what is possible when people are genuinely and creatively seeking solutions.

And this raises the question: What does that have to do with life here on the Planet Earth, where we remain afflicted with a pestilent species known as Republicans, creatures biologically driven to ensure that if possible all that is within their political reach during the era of Obama shall be fucked up beyond all recognition?

Here’s one striking indication Republicans don’t give a rolling donut about improving American health care: they never mention it. Well, not unless someone else mentions it first, either Obama, or any other Kenyan anti-colonialist threatening the ugly specter of systemic reform. Indeed, their failure to lift a finger to address exorbitantly rising costs and growing inaccessibility during the six years Republicans simultaneously controlled congress and the executive branch is reasonably dispositive of their indifference.

And let me add a few observations about the conservative brethren from one unfortunate enough to encounter, and pugnacious enough to engage in no-holds-barred conversations with rank and file conservatives (And I concede, Dr. Berwick has learned first-hand what a sliming by the Republican Media-Political Complex feels like). Dr. Berwick lauds the benefits of expanded access, by which customers are added and costs are lowered. Well, these folks don’t want more customers or lower costs. Indeed, higher costs have the desired effect here as they do at restaurants and resorts: they keep the riff-raff out.

Republicans are horrified by the prospect of this inundation of the system with masses of the putatively unwashed, which  will put them in unwanted proximity to undesirables they currently find themselves nowhere near when they exercise their privileged access to doctors and services. Let’s remember with whom we’re dealing here. In the Republican view, all but synonymous now with Ayn Rand’s pseudo-philosophical feudalism, the world is divided into the well-compensated and worthy producers and the unworthy masses of slugs. Health care is a privilege indeed.  Conservatives like privilege. Conservatives love exclusivity. That’s in great part what the class war from above is all about.

Sustaining high costs and restricted access sustains health care as a luxury and a status symbol, an easily perceptible marker of who has made it and who has not. As Republicans would say about virtually anything, they would say about health care access: “If you work hard enough and make the correct choices you can have what I have.”  As idiotic, unencumbered by thought and dumbly malicious as their typical responses on any number of issues, they’ll say the same here, too. If they don’t have a problem, then, “What’s the problem?” You just have to become as remarkable as they mistakenly believe themselves to be.

You can argue with them about humaneness, about universal health care as evidence of higher civilization but they’ll only laugh (or grunt). These aren’t concepts that exactly resonate with the right in case anyone has failed to notice. So, as fortunate as we may be to enjoy the expertise and skill and idealism of the Dr. Berwicks of the world, until we don’t have any Republicans, or at least until the infestation is reduced to levels that eliminate their power to influence public policy our Dr. Berwicks can have all the marvelous ideas and innovations they can possibly conjure, and explain them to us exceedingly well: they’re currently DOA on this Republican plagued planet.