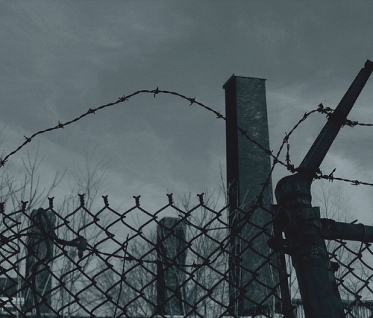 In an act of manifest contempt for American historical freedoms, rights and values, the Senate today voted down an amendment to the current defense authorization bill that would have removed provisions that expand the legal designation of the “battlefield” in the “war” on terror to include the United States itself. As for the 16 Democrats joining all but 2 Republicans voting against the amendment, profiles in courage they are not. Surely the majority of those 16 votes are testimony to the power of electoral politics over sound, sane or moral decision-making, these 16 hoping to inoculate themselves against “soft on terror” charges in future elections one can safely surmise. The ease and shamelessness with which cherished freedoms were heaved overboard made these individuals profiles in pusillanimous panic in the face of potential political opportunism perhaps.

Whether these provisions survive a merging of Senate and House versions of the bill or whether President Obama will indeed veto the entire Defense bill as he has threatened (three cheers for the position the president has taken) one cannot predict with any assurance. However, one can render the judgment that something poisonous has gotten into the Washington water supply when elected federal officials are motivated to propose such dark and seamy measures as these, a gratuitously quantum leap in militarization of policing, and a draconian constriction of American rights.

Timing certainly isn’t on the side of those offering or supporting these provisions, given that leading propagandists and operational leaders of Al-Qaeda have been exterminated in the last year or so, including bin Laden himself. Would-be terrorists in the homeland have been clumsy, inept, and in many cases unwittingly in bed with federal authorities stinging them. Though these provisions would be unjustifiable under any circumstances, who has decided they are necessary or desirable now? It’s an odd moment for succumbing to paranoia, and given that, what is the motivation for such a gross expansion of powers to the central government and the American military? The FBI and the Department of Defense and the executive branch all have warned that not only are these measures entirely unnecessary, they are potentially counterproductive for a whole variety of reasons.  So why?

Again, as I mentioned in a previous post, one can only wonder at what sort of   disturbing shadows have fallen over the consciences of members of Congress who have concocted these changes, or the sort of clammy and fearful thoughts that are impairing the judgment of those who support them now. Did those who hatched this affront to American values actually believe that congressional action enabling the American military to detain and interrogate those suspected of being or classified as being terrorists, including American citizens on American soil, wouldn’t be controversial…even if they were indifferent to the condemnable morality and wildly questionable probity of such proposals?

I repeat: that there are among the leadership of the United States those who would invest the government with such powers, and subject America’s citizens to such anti-American and literally authoritarian measures is as nauseating to contemplate as it is alarming. Right-thinking Americans and those with average or above IQs can only hope this remarkable power grab is soon derailed in one way or another. It’s probably an excellent time to contact members of Congress, who though they may not be easily shamed will be susceptible to being mightily annoyed into changing their thinking. All but two Republican senators voted against the Udall Amendment (therefore in favor of keeping the provisions) and contacting them probably is a waste of time anyhow. Here is the list of Democrats who voted against the Udall Amendment, should it be useful. For the record, Robert Menendez of New Jersey isn’t listed here since he has acted to have his vote changed.